A Decade of Imogen’s Style on Inside Out Style 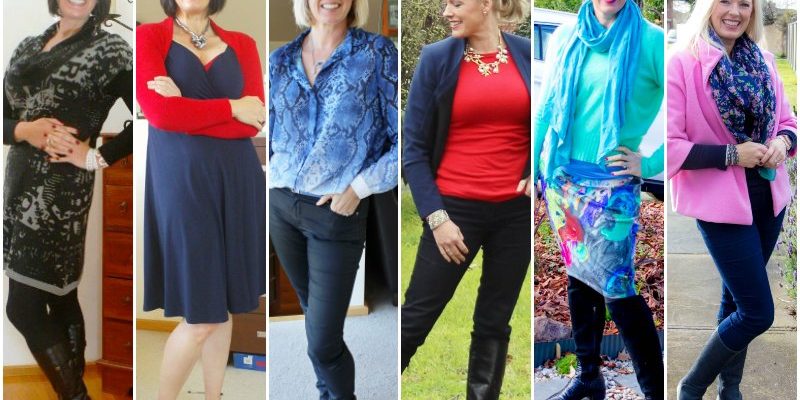 Today I reached my first half-century- not playing cricket (eeeghads no!), but in years, and I was thinking about how to celebrate this momentous occasion with you in a way that would be even marginally interesting to you. So I thought I’d create a photographic look back at the past 10 years of my style (which if you trawl the blog, really isn’t hard to find) all here in one place.

Yes, that’s when I started the blog, but can I find a photo of myself? Barely. I avoided the camera as much as possible in those days – in fact, the only photos I could find when I trawled my photo files were these two professional head shots I had done for my website. 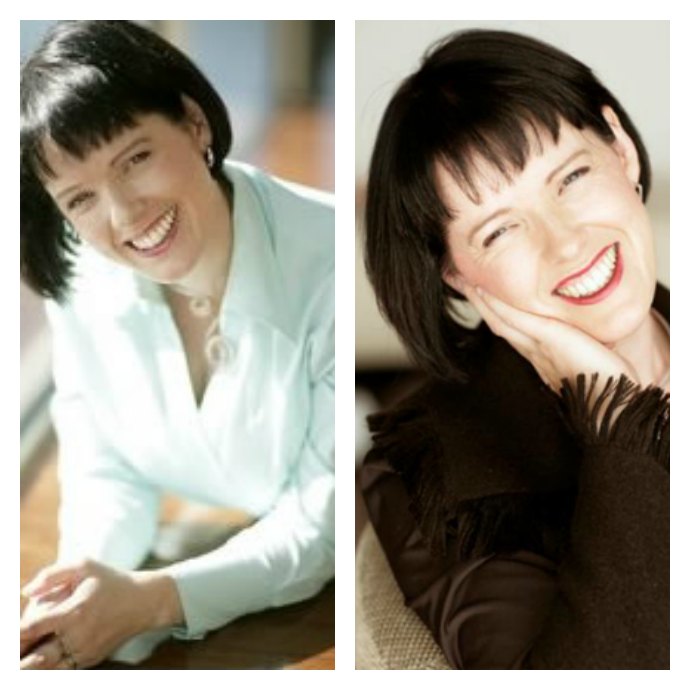 What’s interesting – I still own the brown fringed jacket and the necklace 10 years later.

Still didn’t take many photos (almost none) of myself – but I did find a couple to share and this was the ear of a heavily fringed bob! 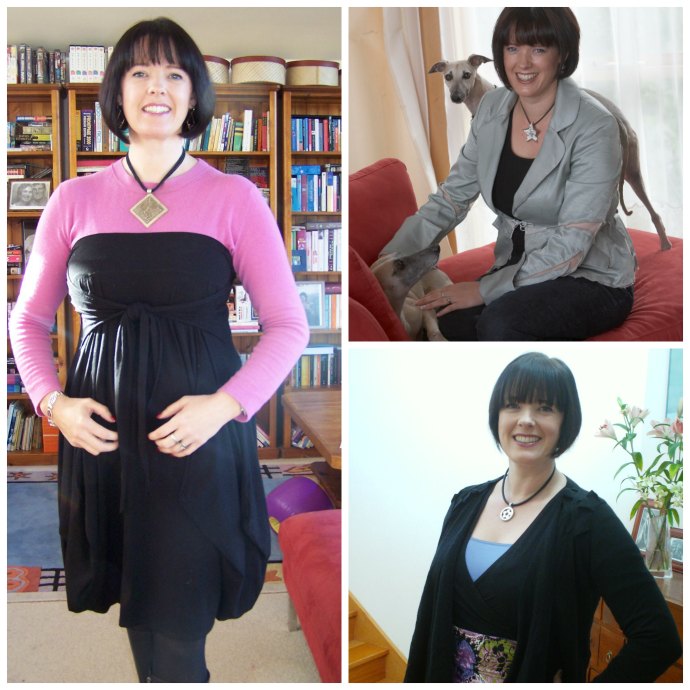 There is Cleo peeking over my shoulder. 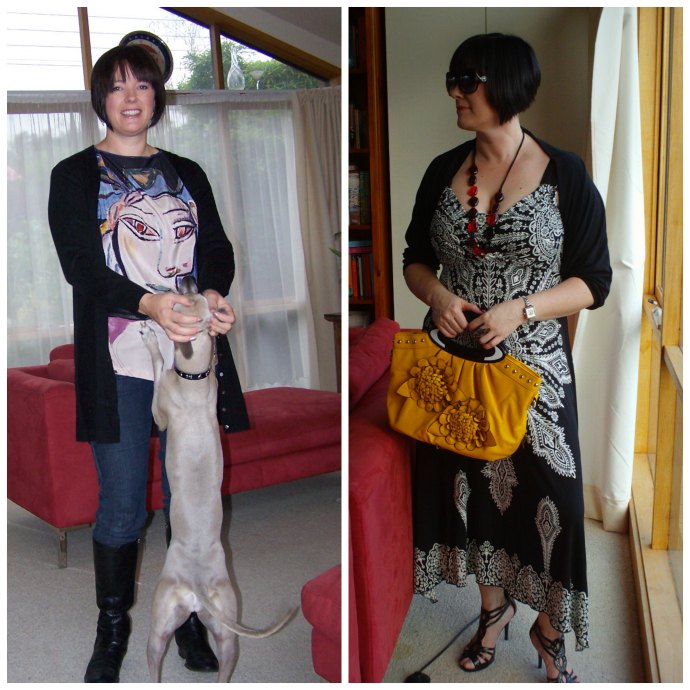 Scrounging around my computer and this is all I could come up with for 2010 – not sure if I lost photos or I just barely took any. I believe this was my very first maxi dress. And one of the first outings of my Picasso top with Cleo happy to photobomb my shots!

I seemed to have just started taking a few more snaps – though there aren’t lots to choose from. I do notice in the ones I could find that I wore the same necklace over and over! It was one of the first necklaces in my statement necklace collection. 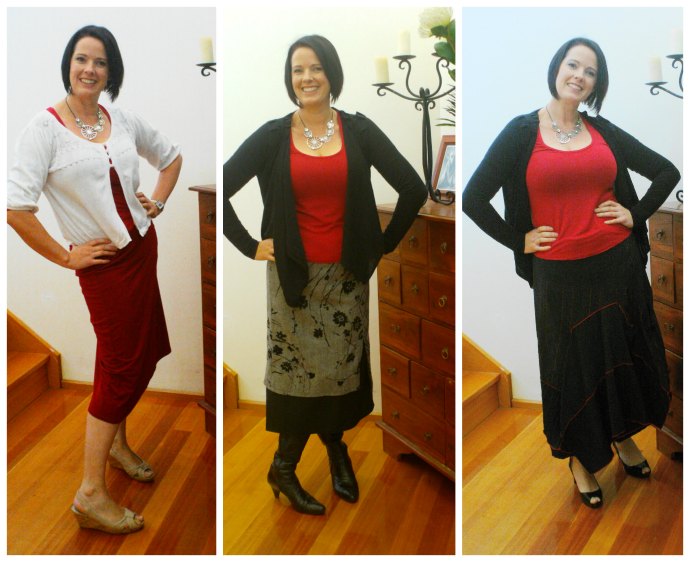 The era of the midi to longer skirt too according to my photos. 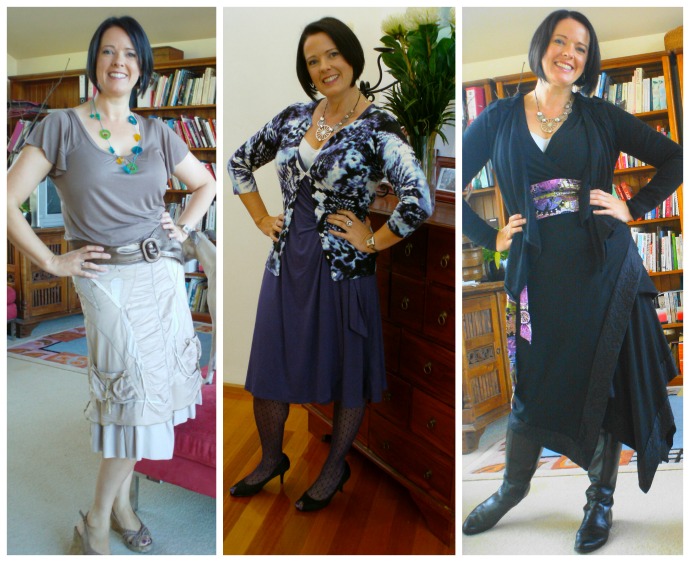 And here are a few photos from a professional shoot that I had to put a bit more variety of photos onto my website. 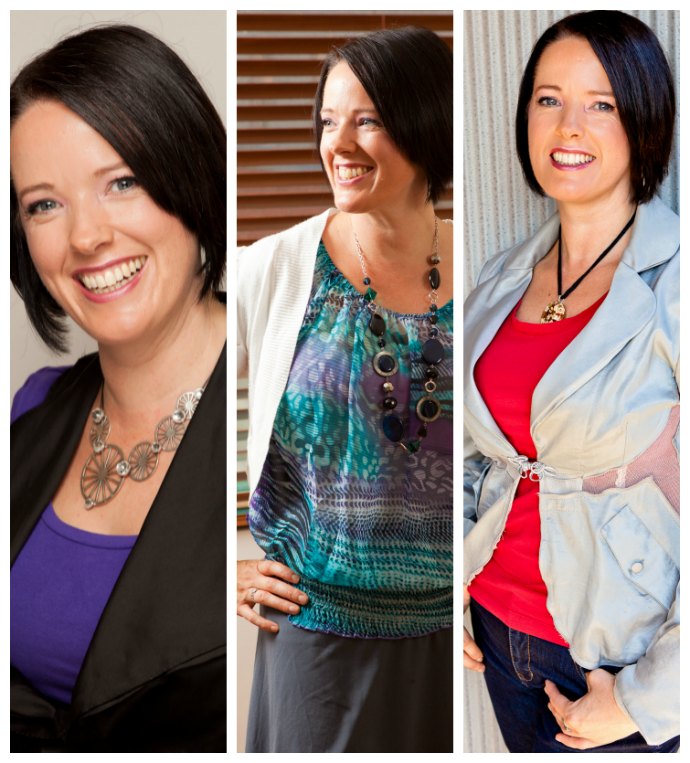 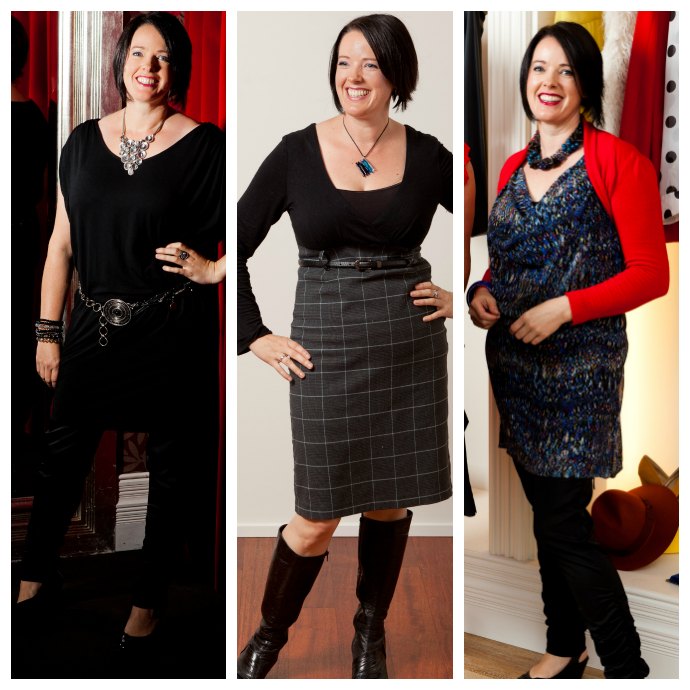 Black and more black (it was my black back then) and my new found love of tunics.

This was the year I wore lots and lots of dresses. 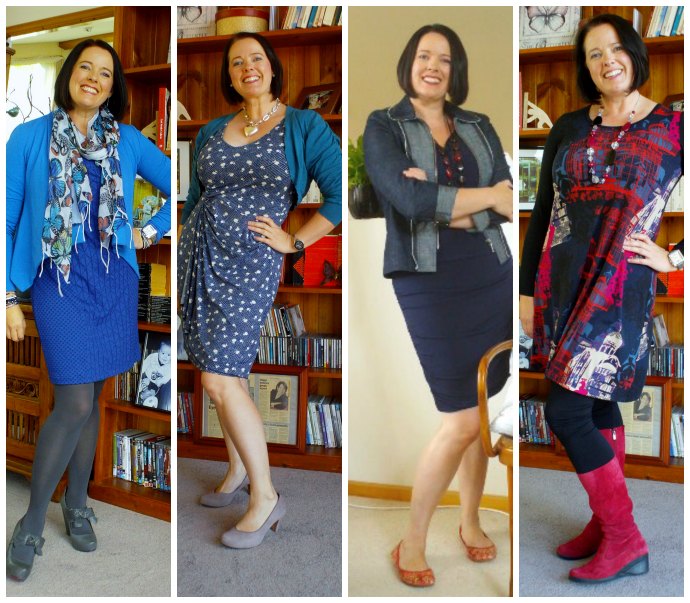 I’d been wearing two pieces (top and bottom) for such a long time and then I discovered just how easy dresses are to wear. I remember disliking the neckline of the blue dress on the left, so always wore a scarf over the top to hide it.

This was the year I changed my hair from brunette to blonde – it started in January and took 6-8 months to transition to a light blonde. 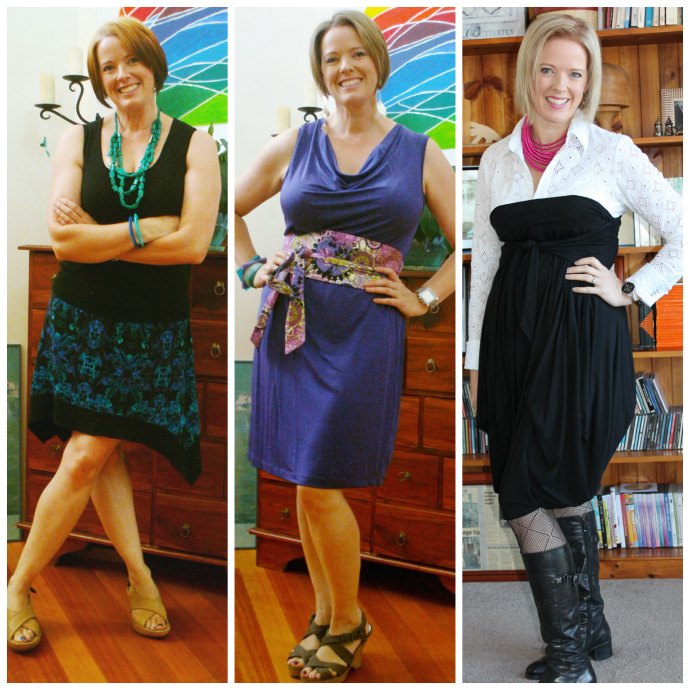 It also meant I had to totally rethink my wardrobe into a lighter palette and lower my value contrast from high to medium – this took some time! I also had my breast reduction surgery which totally changed my wardrobe (and suddenly it became easy to buy clothes that fit). 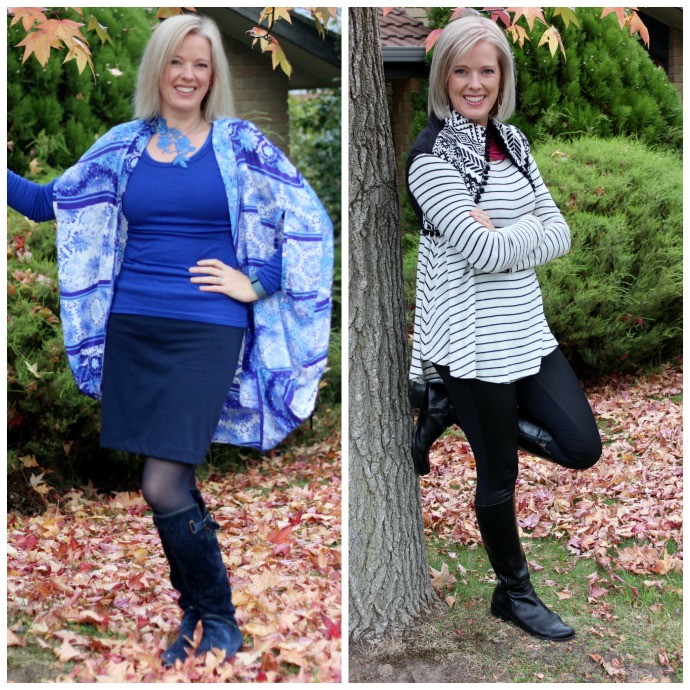 I started being even more experimental – mixing patterns and prints. 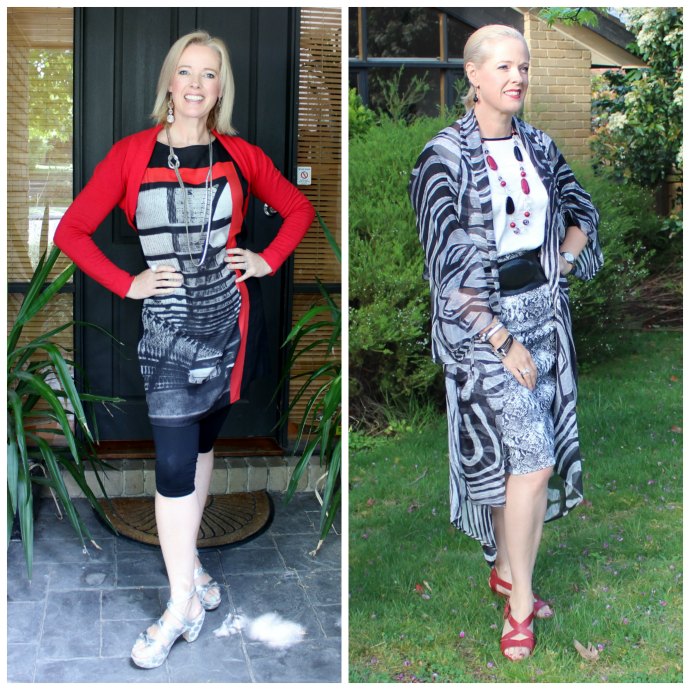 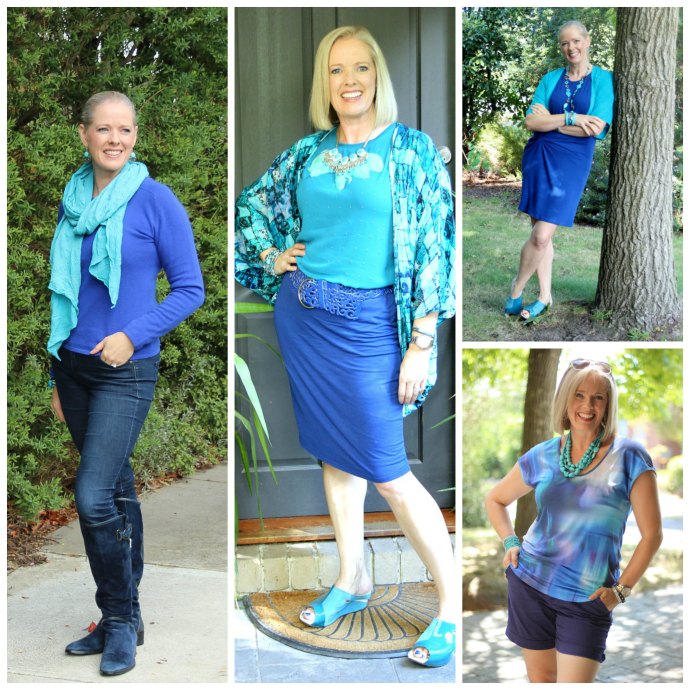 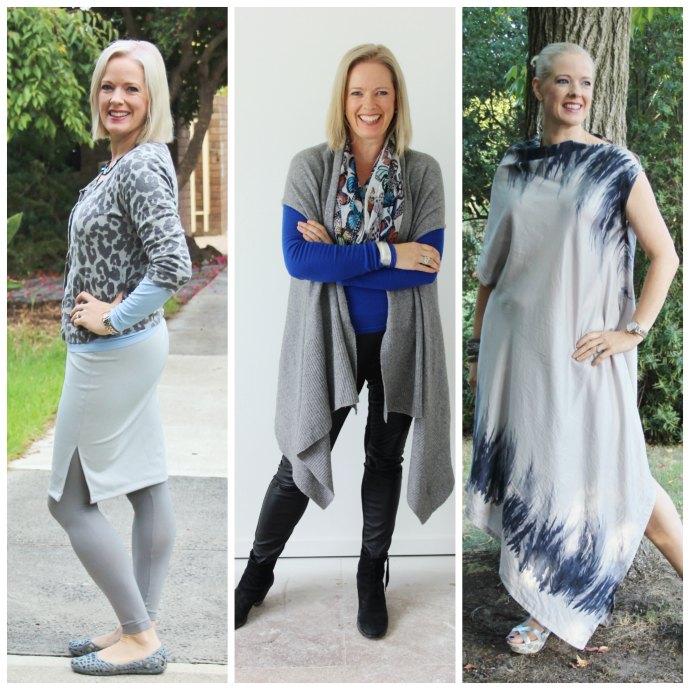 By this time, grey had become my new black and is the dominant neutral ni my wardrobe now that my hair is so much lighter than it was!

I played more with different shapes and styles of clothing 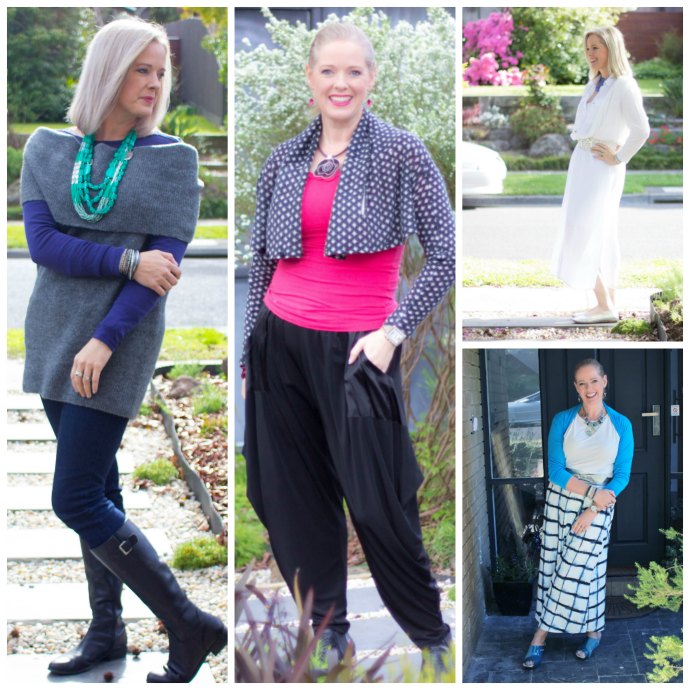 Jackets of all styles became an integral part of my outfits. 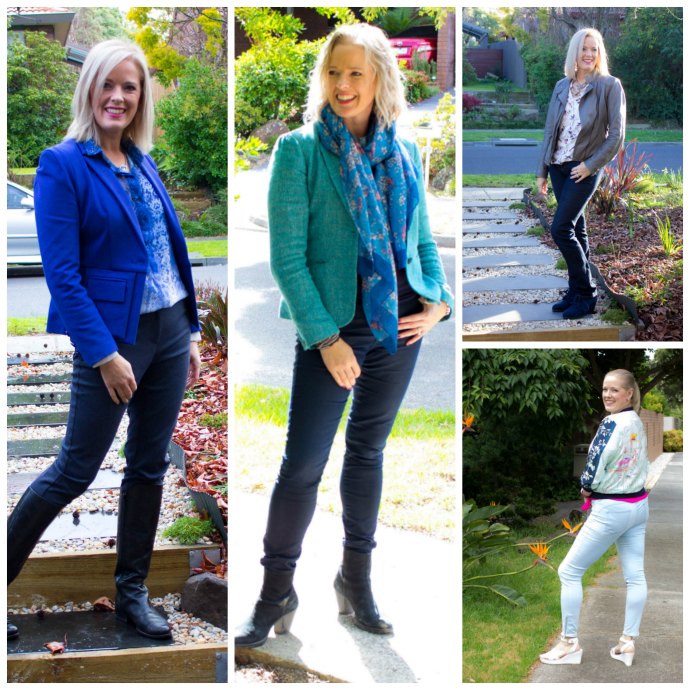 Blazers to bombers, leather to tweed. 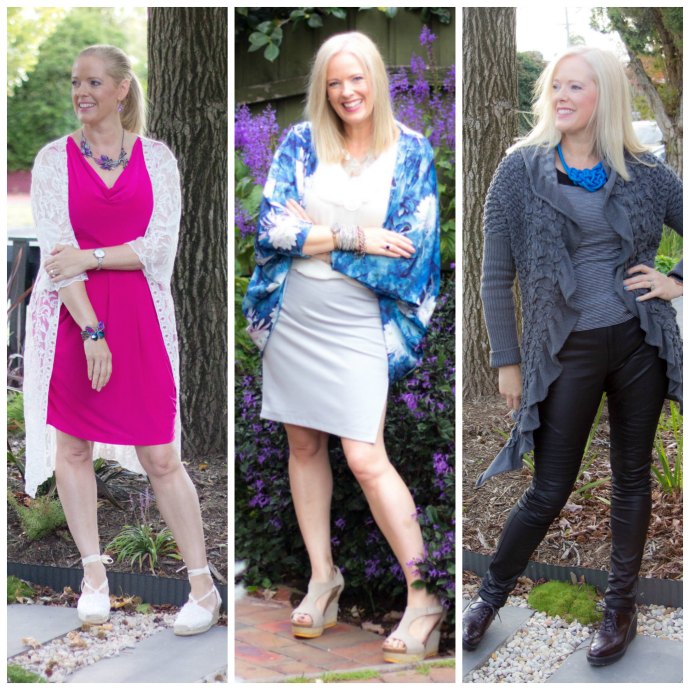 This year I’ve been enjoying adding more textural elements into my outfits. From lace (which I’d never really touched before) to leather look pants. 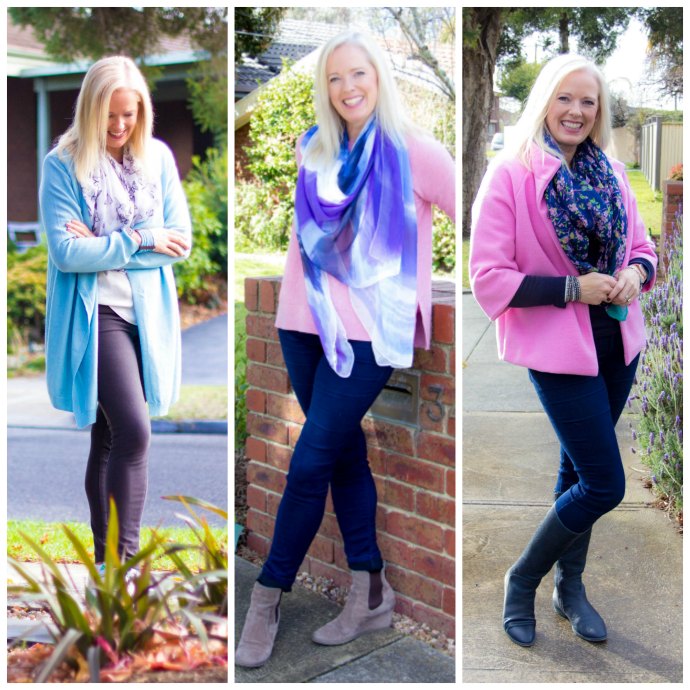 I think I’ve worn more scarves this past year than any other in my life. Before my breast reduction, scarves often felt bulkier and added too much volume to my front, but now a light and floaty scarf is a great way to add a decorative element to a plain winter knit. 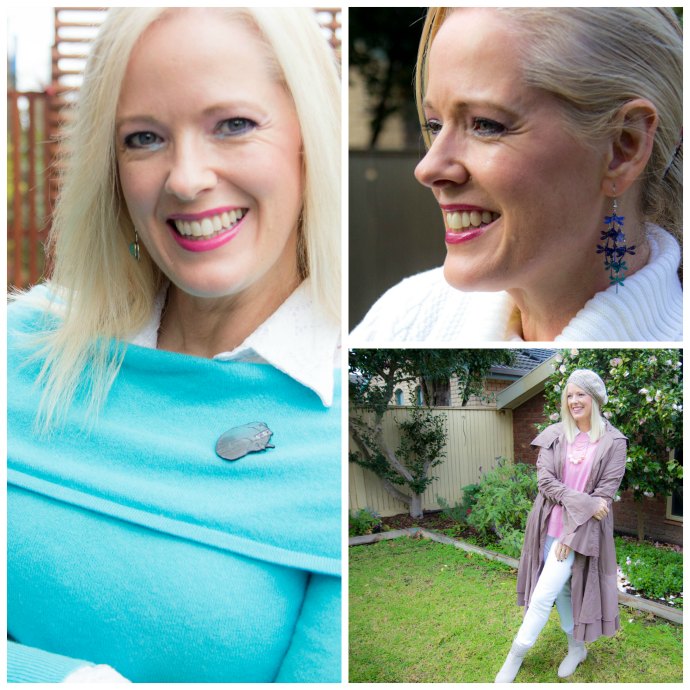 I’ve also continued my affair with accessories of all kinds, not just the statement necklace, but also brooches, fun earrings and hats.

I find it hard to believe that I’ve hit the big 50 – but as my friends who have made it here before me, tell me that 50 is the new 40. But now I’m officially at 50 plus style blogger!

Are there things I wouldn’t wear now that I’d wear at 40? Well, I’m more careful about not showing too much leg and going the mini-skirt – which I’ll leave for my teenage daughter. But other than that, I’ll be wearing whatever I feel like for the next decade or so and certainly don’t feel like mutton dressed as lamb.

And thanks for coming on this journey with me – I hope you’ll stick around for the next 10 years!

Your Colour and Style Questions Answered on Video: 96
November 25, 2022