How to Mix Patterns in Your Outfit 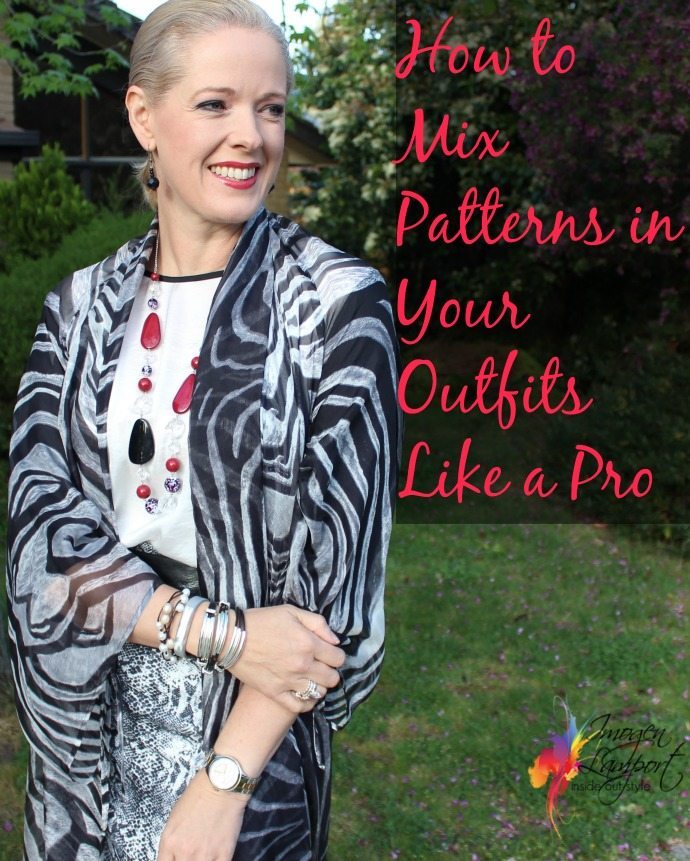 Mixing patterns is one of the bigger trends on the catwalk at present.  It’s not something for everyone and tends to be something that is only for those with more creative or dramatic personality styles.

These images are from the Marc Jacobs Spring 2016 and Gucci Spring 2016 catwalk shows and show examples of successful pattern mixing. 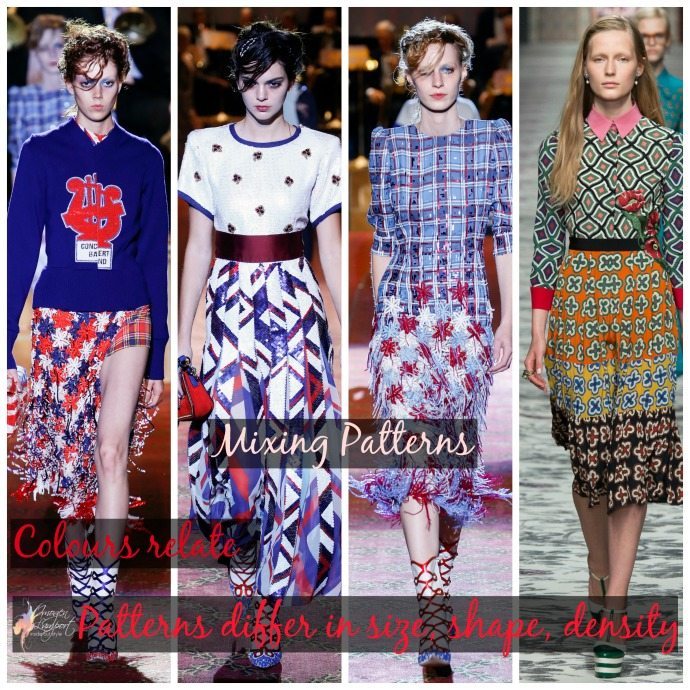 The rules to successful pattern mixing are: 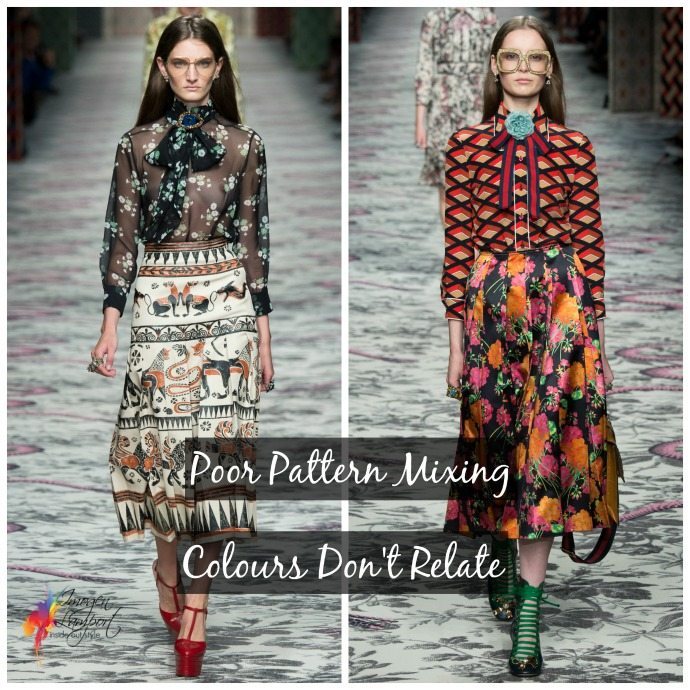 Here above, are a couple of examples of poor pattern mixing from the Gucci Spring 2016 catwalk.  Both have the issue that the colours don’t relate from one pattern to the next.

In this example below I’m wearing a floral pattern with a geometric pattern, both have the black and white.  One print is more sparse than the other, one geometric and one curved. 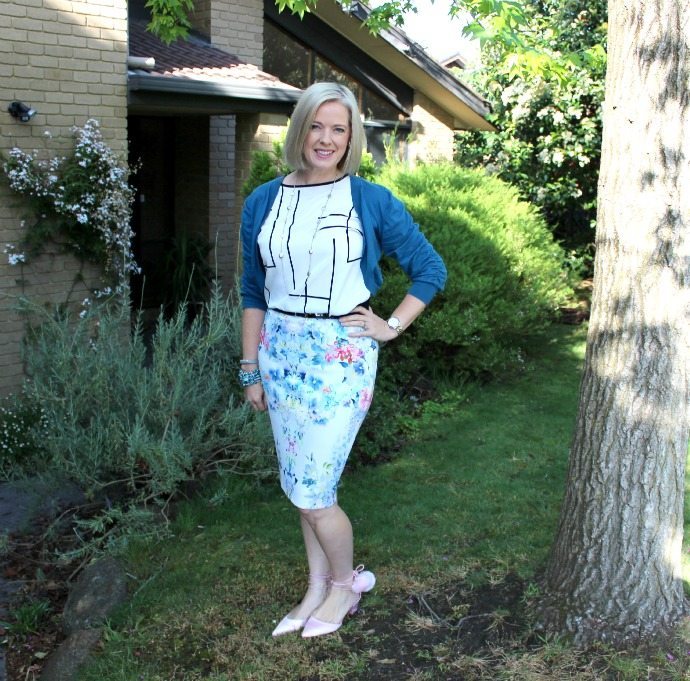 Linking to Not Dressed as Lamb’s weekly linkup

In this example both patterns are black and white.  The skirt is a dense snakeskin print, while the kimono jacket is a more sparse zebra print. 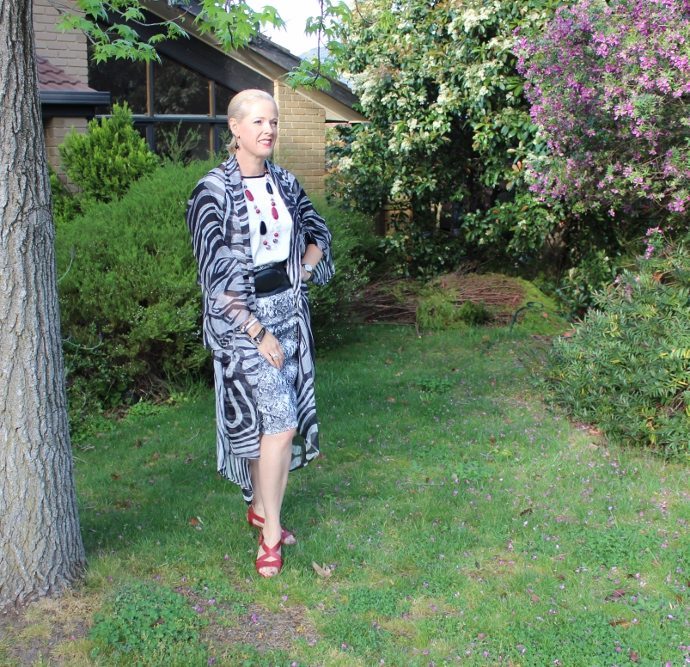 The easiest patterns to mix are a stripe with any other pattern.  Your Breton top will work with so many patterns, from florals to checks to animal prints.

Want more pattern mixing inspiration?  Then check out these posts:

How to mix prints and patterns

How Much Of Each Colour Should I Wear When Combining Colours?
April 15, 2021

Your Colour and Style Questions Answered on Video: 57
April 9, 2021

Which Patterns Easily Mix With Anything?
April 8, 2021

Your Colour and Style Questions Answered on Video: 56
April 7, 2021

When You Can’t Find the Perfect Colours in Clothing What is the Most Important Colour Property?
April 1, 2021

5 Steps to Creating A Simple Relaxed Wardrobe In Your Colours
March 30, 2021