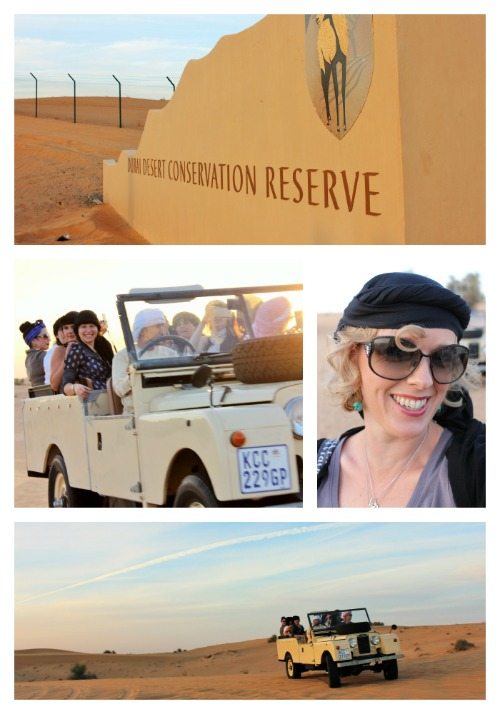 In the desert outside Dubai city

One of the cultural highlights of my time in Dubai so far has been the Bedouin experience of a Desert Safari by Platinum Heritage. Before I did this, I didn’t appreciate the beauty and majesty of the desert. I thought it was just sandy, hot and lacking in vegetation (dull and boring to be honest) but this has changed my whole perception of it and I now understand its attraction.

When we arrived we were taken in vintage Land Rovers across the dunes. Before we set out we were given traditional headscarves which they tied up on our heads to stop us getting the very fine desert sand in our hair as we drove around.] 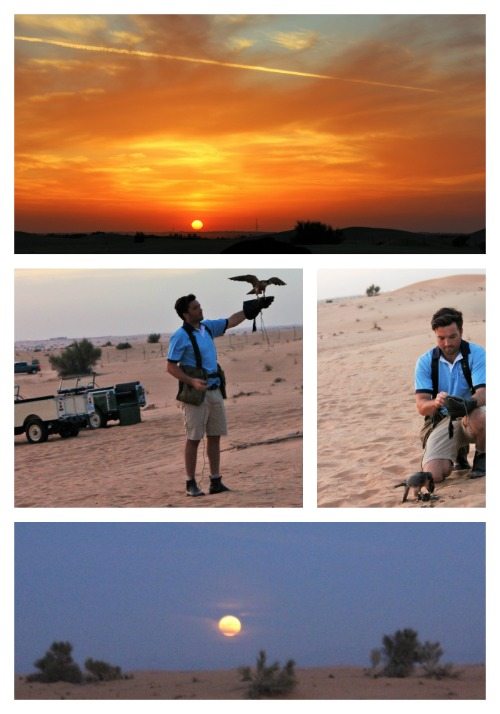 Then we were treated to an explanation of traditional Bedouin falconry and how the falcons are trained and released at the end of each winter (when they freely fly to a cooler climate for the summer). The scenery was spectacular. To the west the sun set, to the east the moon rose. 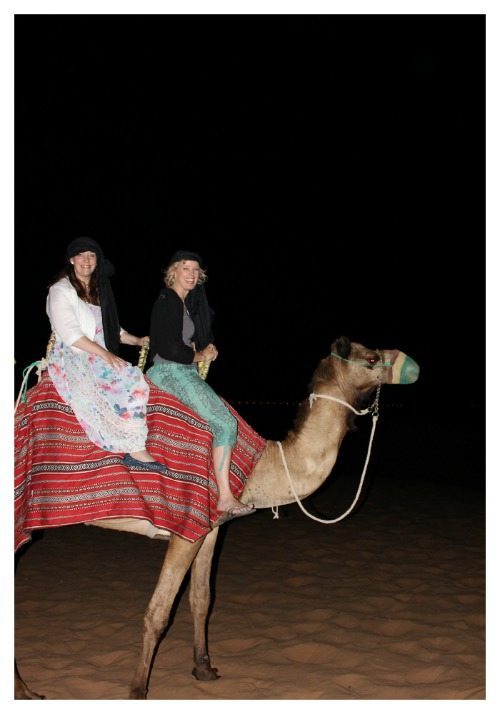 Riding Rocky with Melissa from One Crafty Mumma

After the sunset we were introduced to the camels and taken for a short ride (this is me with Melissa of One Crafty Mumma atop Rocky the Camel). 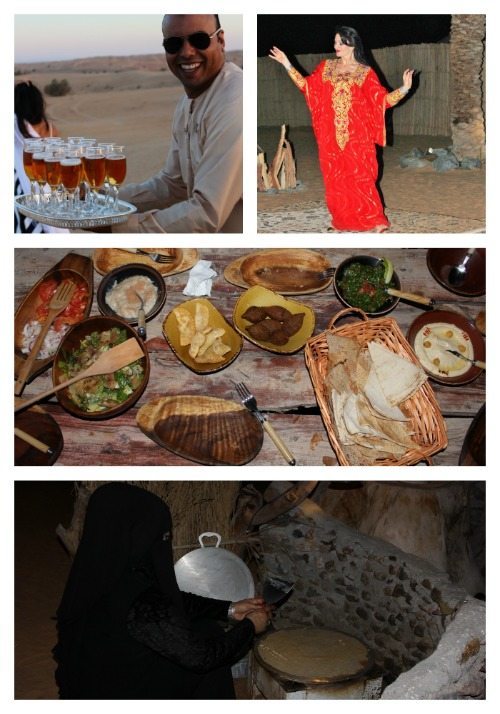 So much tasty traditional food

The evening’s hospitality included a traditional meal of scrumptious foods, including the best bread ever, made traditionally on a super-hot crepe-style metal pan. So thin was each piece that I’m sure there were no calories in them (well, I’m deluding myself that they were calorie free considering how many I consumed). We had chicken, lamb and camel for dinner along with salads and hummus, followed by the traditional sweet donut balls covered in date syrup.
We were treated to a display of traditional dancing for our evening’s entertainment, plus had the opportunity to be ‘tattooed’ in henna (we were told it lasts around 20 days). 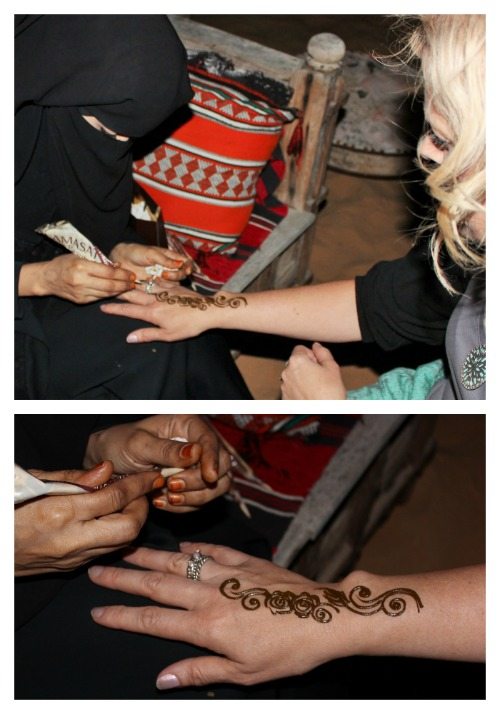 Getting my first tattoo!

The intricacy and speed with which the henna was applied amazed me, and everyone who had one applied got a unique design.
The desert is a magical place. The expanse, the sunset and the majesty along with the superb hospitality and cultural education provided by Platinum Heritage create a fantastic experience that I highly recommend for when you travel to Dubai.