How to Pose for Photographs – My 6 Top Tips

As you’re aware, I’m not a “what I wore today” blogger, but sometimes I post a photo or two of me. I have to take my own photos as I don’t have anyone else to do so. So my camera is on a tripod at about my head height (no lower than shoulder height) and I set the timer, run to position and strike a pose.

Today I’m going to share with you some tips from both my experiences with professional photographers (who put you into a pose) and my own DIY efforts on how to pose for photographs. 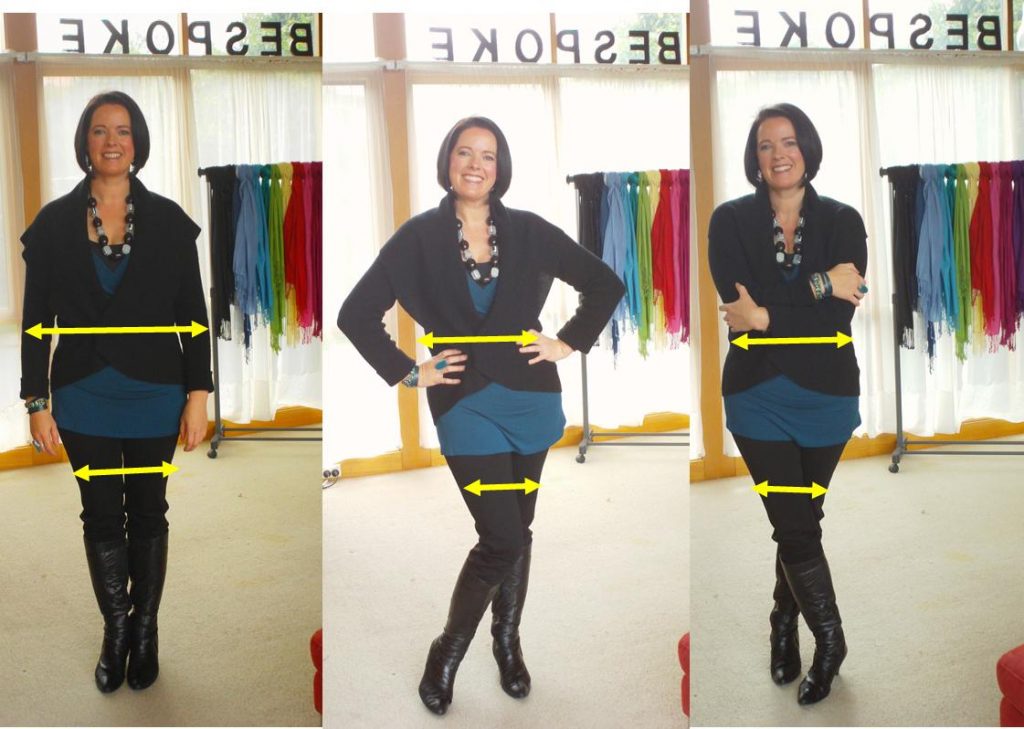 1. Gaps are Key in how wide you appear.

If you stand front on to the camera, arms by your side, legs together you tend to look widest. If you want to appear narrower from the front create some gaps by moving crossing your thighs over each other and putting your hands on your hips, or crossing your arms across your body.

Want to make your upper arms appear smaller in a photo? Hold them away from your body a little rather than at your side – holding a drink is ideal for this. 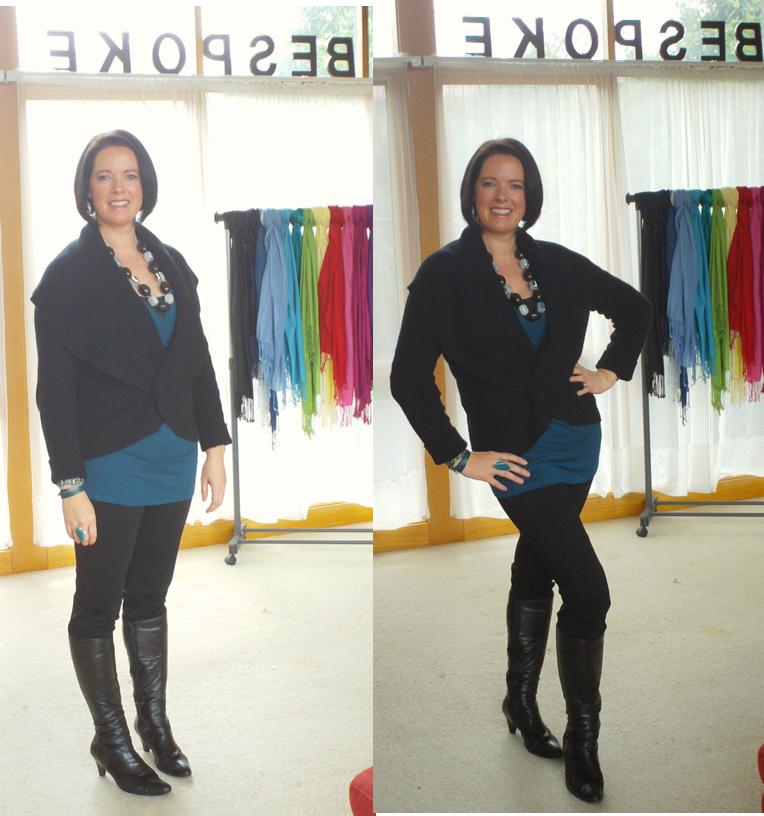 Don’t stand straight on, use angles 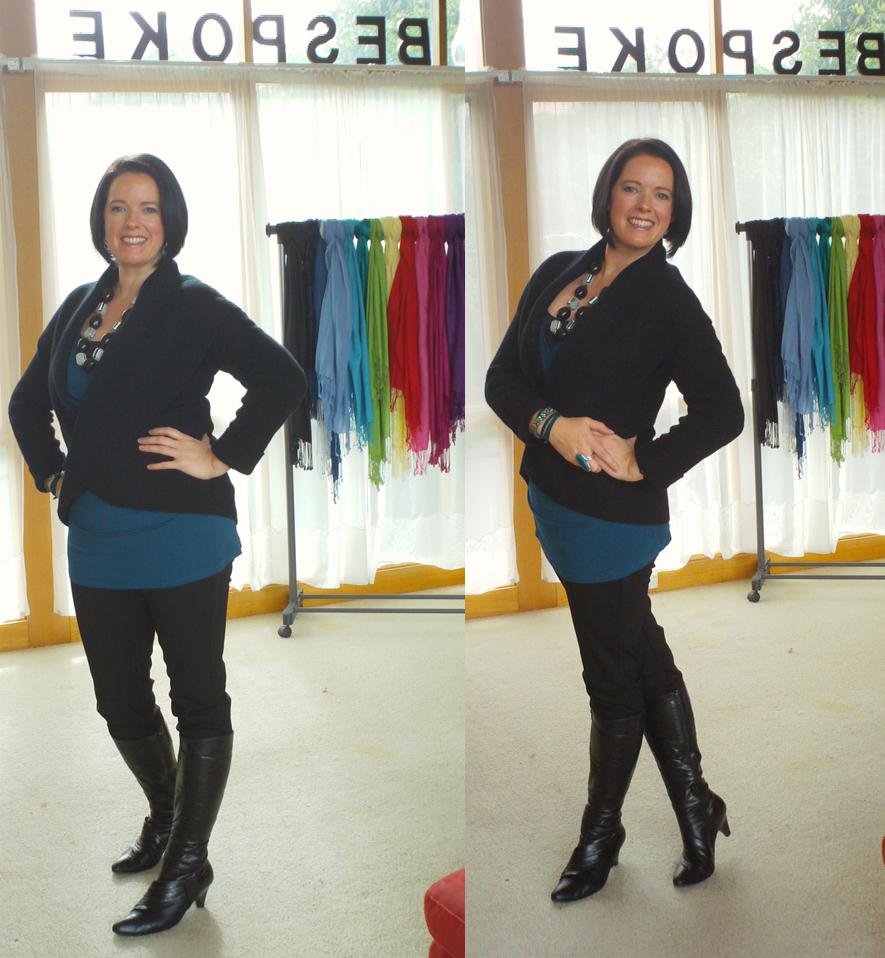 Push your hips away from the camera so they look smaller 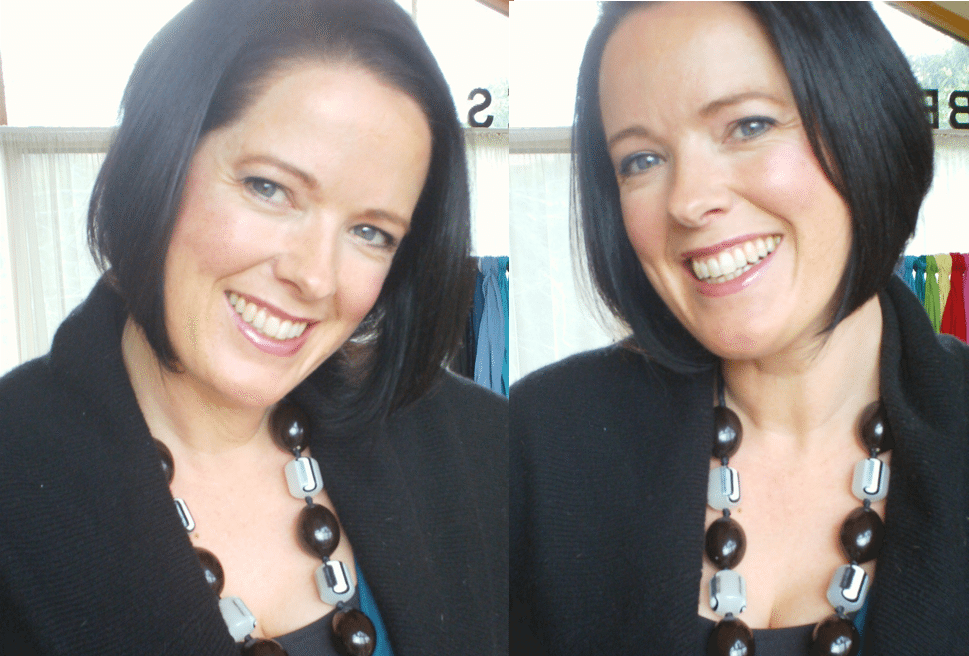 4. Which is your best side? 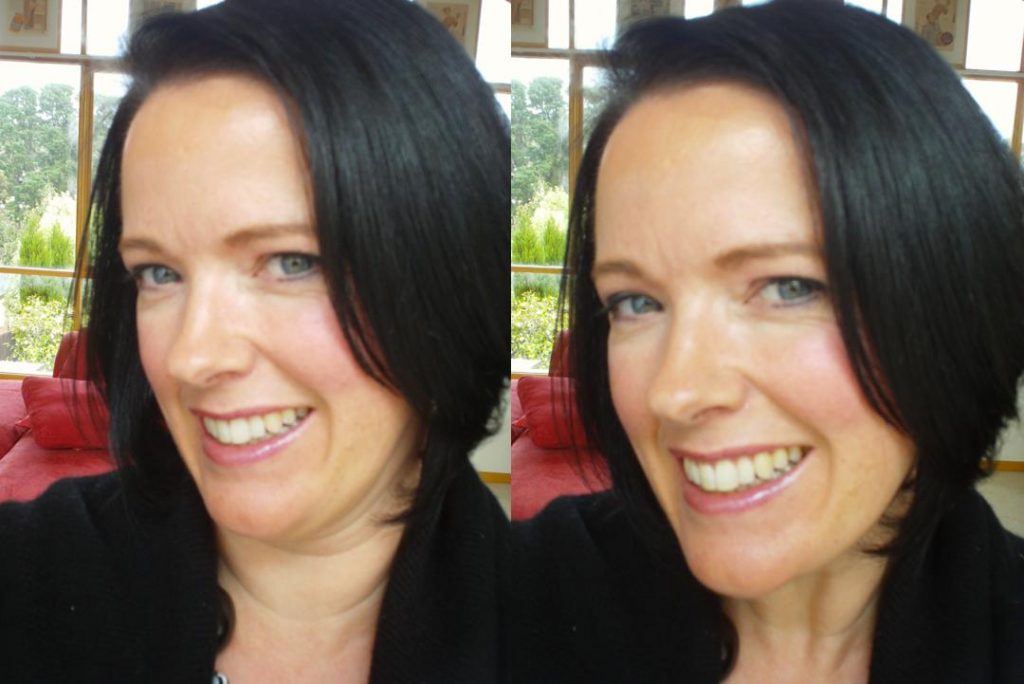 5. How to avoid the double chin
Most of us, when a camera comes near us, in a defensive move, pull our head backwards and chin in toward our chest, which of course doubles our double chins. Remember to push your chin out a little when having your photo taken to stretch your neck and eliminate extra chinage.

Also, take the photo from above not below (or at least your head height) as this will further minimize double chins. Never let anyone take your photo from below if you’re concerned about your chins! 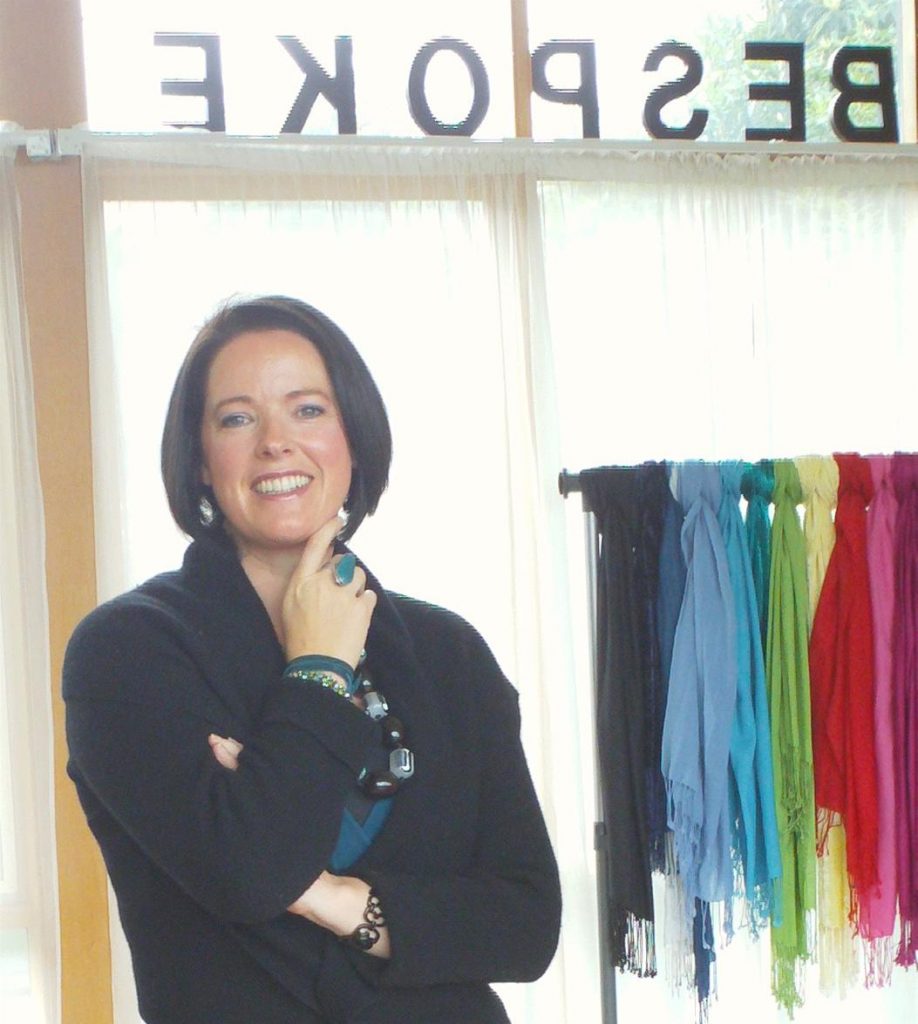 If you plan on touching your face, such as leaning on one hand, or framing your face with your hands, the trick is to barely touch your face. Don’t actually lean your face onto your hand or you will distort your face, instead pretend to, just have the lightest contact so that you don’t move your facial skin.

More tips on how to take a good selfie

Taking a selfie – the technology

What Elements of Ethereal Style Would Be Possible in the Workplace?
August 24, 2022

Your Ultimate Flat Shoe Wardrobe and Where to Find Those Elusive Perfect Shoes
July 19, 2022

Winter Shoe Colours to Wear When You Have Light Hair
March 10, 2022

How to Choose Flattering Underwear (Bras and Briefs)
March 1, 2022

What Colour Tights to Wear in Winter When You Don’t Want to Wear Black
September 2, 2021

What is Smart Casual and How to Get the Balance Right
August 26, 2021