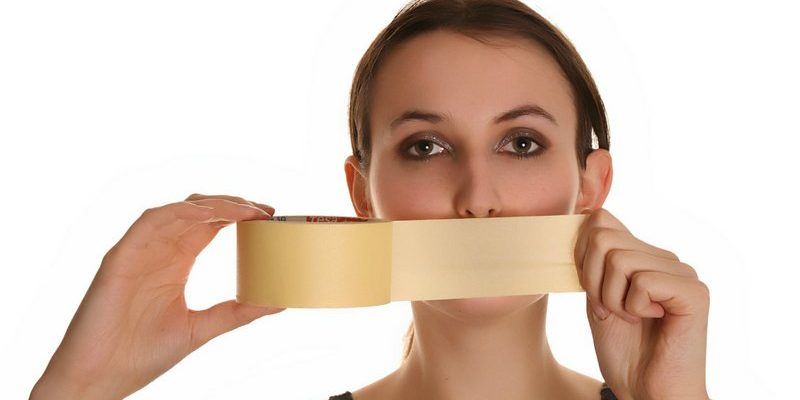 Only a week ago my lovely assistant Kate and I were chatting, and as rumours have been rumbling around Australian media about who is the Australian Harvey Weinstein, my speculation, from having worked in publicity for Penguin Books back in the 1990s, was the host of a very popular TV show at that time as I’d spent a day filming a segment with him, his crew and my author as part of a publicity tour in 1996.

That day in my author’s backyard was most uncomfortable, not because of the weather, it was a beautiful Melbourne day. No, it was the program host who made it so uncomfortable as he spent much of the day talking about penises, penis size, animal penises, plants that looked like penises… I will not go on and on as he did.

My author (who was a woman in her mid-50s) and I kept trying to change the conversation to completely different topics. During filming breaks and shot setups, he would seek me out and chat in a lewd manner with a number of sexual propositions thrown in during those occasions. I remember at the time thinking “What would your wife think about your behaviour?” It struck me that he could appear so “affable kind dad” on camera, yet be a total sleazebag in person.

I ignored as much as I could and brushed it off in a way that women have been doing for decades. I couldn’t be rude for fear of him pulling the segment (at the time the program rated highly and this was much-needed publicity for my author), but it made for a memorable day, sadly not for the right reasons. Not saying anything was what I felt was my only option. This is how so many women are silenced.

Why am I writing this? It’s why I’ve written about my other negative experiences (such as PND) as I believe that if those of us who can don’t speak out, those who can’t feel truly alone. It’s because I feel that if I don’t speak out I too am complicit in letting these men get away with their poor behaviour. And it makes me angry when the perpetrators say that they didn’t do it, or it was a long time ago, or a different time, or any other pathetic excuse. That they accept no responsibility for their actions makes me mad. The time is right to speak up and speak out.

When the news broke about the allegations of Don Burke being a sexual predator and bully for many years, it did not surprise me given my own experience.

It’s truly a great turning point that powerful men are being held to account for their predatory behaviour. Though it saddens me greatly that so many know at the time what is going on, yet nothing is done. Blind eyes are so often turned away from what’s going on when money and power are also part of the equation (and that power doesn’t belong to the women who are being harassed and abused). I really hope that this state of affairs will change and that women will no longer be subject to “boys club” mentalities in the workplace and beyond.

Now, what has this got to do with style?

Personal style should be a reflection of the best version of who you are. Your best qualities and authentic-self expressed outwardly through your image. Your style should make you feel comfortable, confident and help build your self-esteem.

The Damage of Sexual Harassment

Let me tell you about one lovely client I saw who I worked with many years ago. She was an intelligent and thoughtful woman in her mid-thirties. Physically tiny, she told me she had suffered from anorexia and could not let herself dress in clothing that didn’t cover her from neck to wrist and ankle. She was too scared of ever showing any skin at all apart from her face and hands for fear of “asking for it“, as she had suffered long-term sexual harassment in her workplace which had eaten away at her psychologically, so much that she wanted to disappear, shrinking her size and covering her body so that she would not be seen as attractive or a sexual being by men. So that she would never have to go through such an experience again.

Over a decade later she still couldn’t wear a lower neckline, wear a skirt or really enjoy the possibility of looking like a woman in any clothes she chose, as she had been too traumatised by the abuse. Her style and self-esteem were truly damaged by her experiences of sexual harassment.

Another client told me how she was starting a new job and discovered that one of her new colleagues was a man that had sexually harassed her some years earlier in a different job when he was her senior. Now she was about to see him again daily in her new job and she felt she needed to be armoured in her clothing to keep him at bay and to show her strength and power. She needed to build a protective wall around herself. She was planning on wear pantsuits and structured classic clothing, though her natural style is much more feminine and the dress code was business casual, so there was no need for that corporate attire.

Because we perceive feminine style as yin, and therefore less powerful, the pantsuits were the way to go so she sent out the message to him that he could not have any kind of predatory power over her again. Fortunately, in her previous position, she had gained the support of a male colleague who had backed her up when she had taken the matter to the HR department (and how sad is it that she needed the support of a male colleague to be able to report his behaviour and have it taken seriously) and he knew that she would not tolerate his poor behaviour, yet still she felt compelled to don her clothing as armour.

Yet another client rejected her innate feminine style (that I perceived was trying to escape from within) after suffering from sexual abuse from her step-father, who she no longer lived near or would ever see again.

One of the joys of my life is celebrating with my style that I am a woman. It gives me great joy. That I am not limited to wearing clothes that hide my female body or my femininity, for it is that softer side of us that allows others to get close and to see the true person inside. And it is allowing my softer side to be seen that gives me the freedom to experience life to its full. There have been times in my life when I’ve built a protective wall around me, and sure it kept me safe, but it limited my freedom to form good connections with others as well.

When a sexual predator takes away this feeling of freedom of expression, of who you are, and makes you hide behind clothes that are not an authentic expression of who you are, this is impacting your personal style.

Too often I’ve heard the “she was wearing a short skirt so she was asking for it” line, being thrown around and taking away the blame from the perpetrator and putting it on their victim. What a woman wears does not indicate sexual consent nor does it indicate she wishes to have a conversation based on any sexual matter with you.

For too long women have been silenced as the people who have power over them financially are men. My hope is that with the current climate of exposing the perpetrators (and those who protected them) will bring a complete change of culture for women in the workplace.

Unless a woman opens her mouth and actually consents, she’s never “asking for it”. This brilliant video made by the UK police about what consent is, say it all.


Sexual innuendo and comments are part of the sexual harassment landscape.

Harassment is About Power

What I like to tell myself is that this horrible behaviour actually has nothing to do with me, like any form of bullying, it’s about making the perpetrator feel powerful, it has nothing to do with healthy sexual attraction or desire. Anytime I am the victim of harassment, I try not to take it personally. It’s not about me, it’s about them. I also now have the courage and strength to speak up and tell them that it is not appropriate. Something that I did not have when I was young, as so much of this kind of harassment is aimed at young women who do not yet feel they have any power.

Sleaze and sexual harassment is not something I normally write about. Yet I know that it can have a profound impact on women’s professional lives, personal wellbeing and style. Scarily I believe that most women have been harassed at some time in their life, or so the statistics seem to say as I’ve witnessed with the #metoo campaign.

Has this kind of experience influenced your way of being seen in the world?