The Real Reason Nobody Noticed that Blue Suit 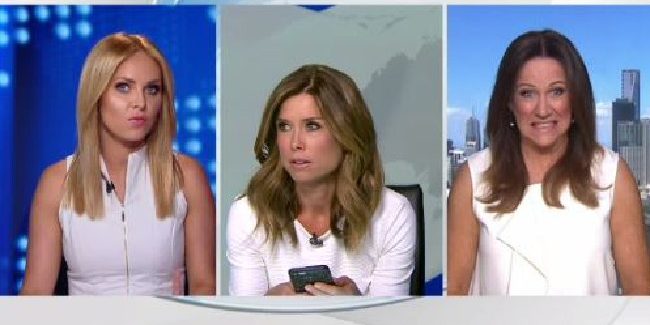 Yesterday on Australian TV there was an apparent meltdown by one TV newsreader that her colleague was wearing a top that appeared on camera to be the same colour (white) as her own (though apparently it was a very light blue, but it did show up on screen as white). 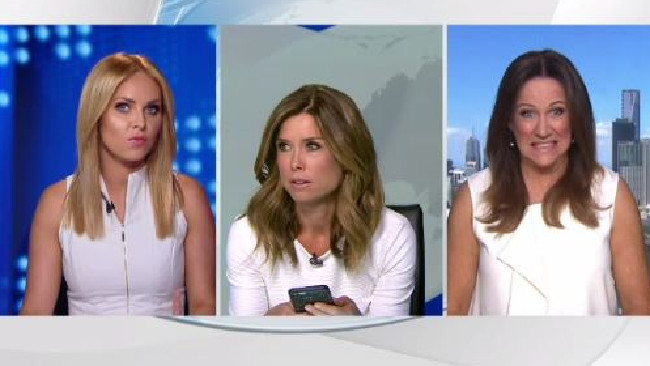 The problem being apparently that the guest they were interviewing was also wearing a white top, and doing one of those three way split screen chats that are popular on TV news programs these days, the lead presenter got antsy that her colleague hadn’t found a jacket to put over her top (though she didn’t decide that she’d be the one to don a jacket, instead demanding that her colleague be the one to change).  Many women really don’t like it when they turn up  and someone else is in the same outfit!

Yet I actually think the three women in white looks clean and is less distracting than if they were all in different colours, you focus less on what they’re wearing and more on their message. 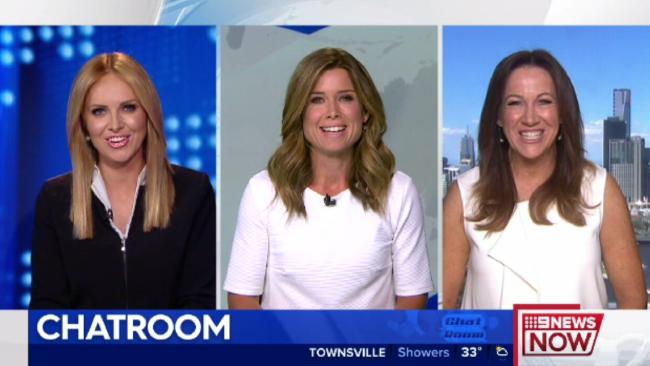 So, awhile back, an Australian morning TV talk show  host (Carl Stefanovic) wore the same navy blue suit for a year and nobody noticed, to show how ‘sexist’ we are about what women wear. 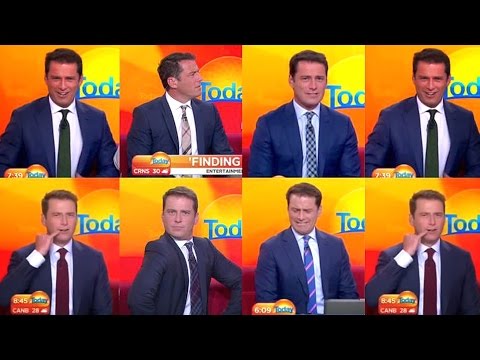 What he forgot to understand were three things:

1. Neutrals are forgettable, particularly dark neutrals such as navy (which can sometimes almost show up as black on TV screens or a lighter blue, depending on the screen and lighting at the time).

2. Male anchors wear suits. They don’t really change up their outfits day to day, so they are not particularly noticeable.  Men tend to have a bunch of similar suits, the details of which are hard to see on a TV screen.  If male anchors wore smart casual,  such as  shirts with patterns and colours, different fabrics and styles, we would notice.  It’s just convention that they don’t.

3. He changed the colour and patterns of his shirts and ties. What we remember is colour (studies show that we remember a coloured experience way more than a neutral one – like 70% more). So by changing the colour of his tie and shirt each day,  he was fooling our brains into thinking he was changing his entire outfit every day.   If he really wanted to prove a point, he should have worn exactly the same colour suit, shirt and tie each day. 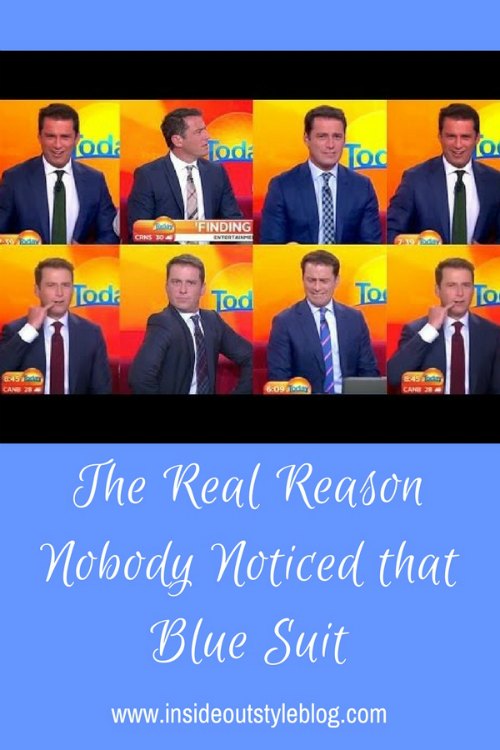 This is why we love the black pant or jacket to wear to work. Nobody really notices the neutral. They notice the colour of your top changing, but not the neutrals that they go with.  This is why you could wear the same pants day after day and nobody would notice, as long as they are a dark neutral.

This is why neutrals should be a basis of your wardrobe as they are great for cost-per-wear as you can mix them with many colours and they can easily be worn again and again without drawing lots of attention to themselves.

Once you know the best neutrals for you, you can base your wardrobe around these.

Neutrals – what are they

Videon on what is a neutral

The Impact of a Summer Tan, Choosing the Best Colour for Your Shoes, and Selecting the Most Flattering Column of Colour
May 31, 2022

What are the Crossover Colours in Every Colour Palette?
May 19, 2022

Are Dark Colours and Black the Only Colours to Wear to Look Slimmer?
April 12, 2022

The Key To Wearing Medium Value Colours When You Have High Value Contrast
March 8, 2022