Why is Being a Girl so Bad? 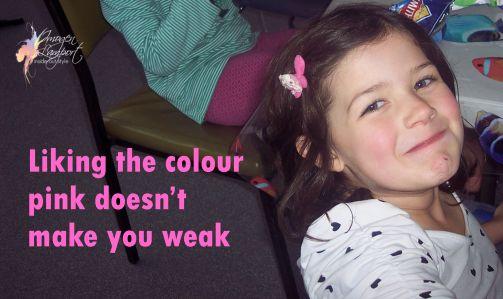 My 10 year old son had to write a speech this week titled “A Fair Go” and he so we were talking about what constituted a fair go. I was explaining to him that fairness and equality are really important and that for a long time there has been (and sadly still is) much unfairness in the world, from racism to sexism (and all the other ‘isms”).

The school my kids attend has around 1/3 of it’s students from a South-East Asian background, his best friend since he was 4 years old is a Muslim from Pakistan, two of our neighbours are Indian, his school world is very multi-cultural and he has grown up with friends of many races, to him, this is normal and nobody is better than anyone else. I discovered that I had a hard time trying to explain why people are racist. To him it’s just crazy talk and a concept he has difficulty understanding.

Then when I was telling him that women in Australia still earn on average 18% less than men, for no reason other than their gender he was shocked. I explained that it was only a little over 100 years ago in Australia that women were allowed to vote in elections (and Australia was one of the first countries to give women the vote). Like all 10 year olds he thought that 100 years was a long time, but when I put it into the perspective of history for him, again he found it a difficult concept to grasp. To him, equality is a right, not a privilege and it reminded me of how many women (and men) still run women down. When I hear people using the word “girl” as an insult (such as “you throw like a girl”) I am reminded of just how far we have to go on the path to equality.

One of the personality styles that I use in my work I call the Feminine. And some women happily embrace their ‘feminine’ yet frequently I’ll hear words from women disparaging the feminine, treating the thought of dressing in anything “girly” as repugnant.

I’ve thought long and hard about why so many women don’t want to embrace their feminine, but want to keep it at arms distance and have had clients tell me some of their reasons for doing so:

I was brought up by parents who always told me that I could do anything that I set my mind to and did the work to achieve. This was a great message to have drilled into me. But interestingly, I was subtly discouraged from pursuing ‘feminine’ activities and education and it was suggested to me that doing science and maths (labelled as hard subjects) was more valuable than doing “soft” subjects that related to the qualitative arts (literature, art, fashion, etc.).

My natural interests have always been towards the communication (girly) side of the road and this is one of the parts of image consulting I really enjoy, helping people communicate through their image, their authentic self.  I love that clothing and grooming can have such a profound effect on our identity and our self-esteem, and it’s something we have control over (most of the time). The charity I volunteer for, Look Good Feel Better which helps women (mostly) undergoing cancer treatments, is based on the premise that a bit of makeup can help you cope (and the feedback we receive from participants and the popularity of the program attests to this being true).

I love being a woman. I love a chick flick and a bit of chick lit. Yet because of the inequality that still exists between the sexes, ‘girl stuff’ is still considered to be not as valuable as ‘boys stuff” and this saddens me greatly, as it puts pressure on many women to avoid their feminine side.  I frequently hear my clients say “I don’t like that frilly, flouncy stuff” as if ‘frills are the only way to display femininity through dress, and that by rejecting that one small element of a clothing style means they have to reject the whole concept of being feminine (a woman).

So it’s time all people stood up and helped make the world a fairer place, the next time you hear anyone use the word  “girl” as a derogatory term, please point this out to them and ask them to desist.  I am proud to be a girl.  I love being female.  I really hope that you love being a girl too!

Do you embrace or reject the feminine?   If you tend to reject it what are your reasons?  What were the messages you grew up hearing about being a female?

So I Got My Skin Checked and This Happened
November 30, 2021