How You Can Use Verticals To Look Taller and Slimmer 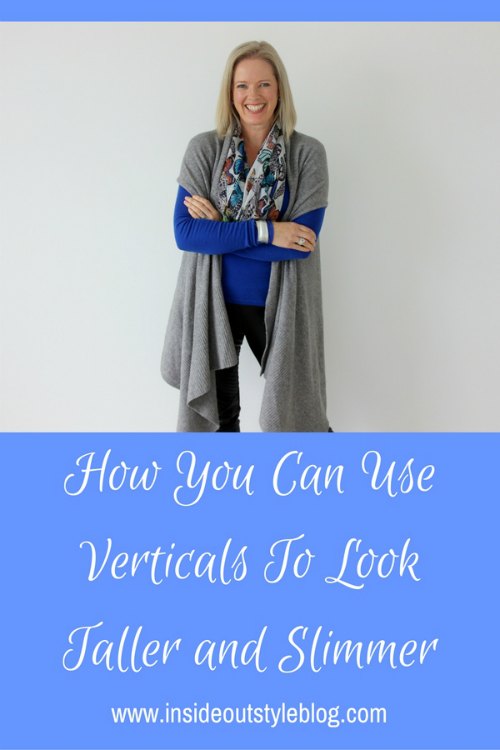 As I discussed in this post on my Three Rules of Horizontal Lines, line in clothing design creates optical illusions depending on the direction of the line.

Verticals lengthen. Partly because they go up and down (giving height) but also because our eyes move along them more quickly than they do on horizontal or curved lines.

So where to look for vertical lines in clothes?

I say everywhere! You will find them on jacket openings, shirts with buttons going up the centre, creases down the centre of your dress trousers, princess seams, gores and vertical darts. 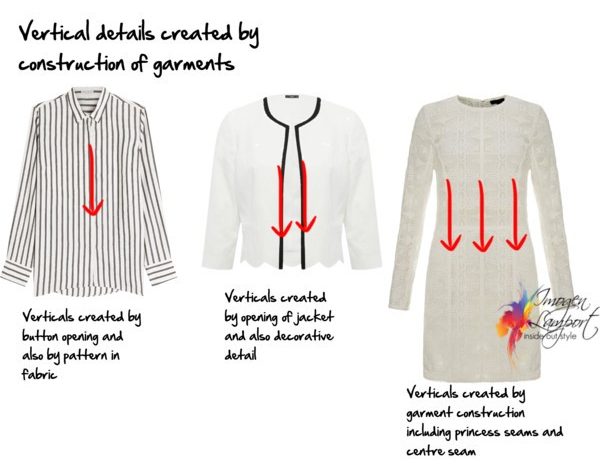 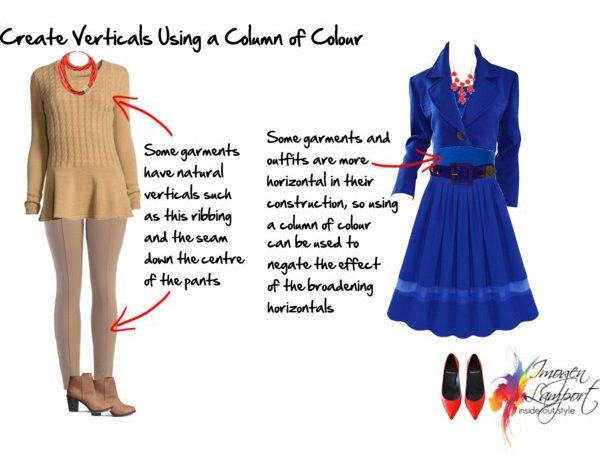 Where to Look For Vertical Detail in Garments

Vertical details are great to add to:

But remember, that some verticals widen. 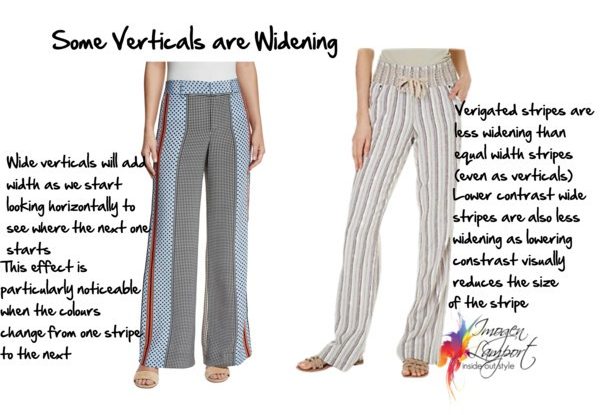 Ensure your verticals if widely space are either the same colour, or similarly coloured (lower contrast), otherwise they start acting as a horizontal and draw the eye outwards from one vertical to the next, instead of up and down.

You will discover in my Body Shape Bibles that for each body shape there are ideal areas to add verticals (and also where to put your horizontals).

If you haven’t done the quiz and downloaded it.

Want to Figure Out Your Body Shape? Try My Quiz

So next time you’re deciding whether or not to try that garment on, have a look for some vertical details to create some extra elongation before you take it into the change room (and don’t forget to also check for the horizontal details too).

E is for Elongation