Which are More Slimming, Horizontal or Vertical Lines? 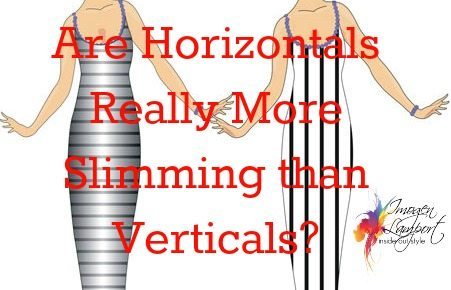 The participants were asked to look at this picture and nominate which looked slimmer. The study found that the horizontals were 6% slimmer. 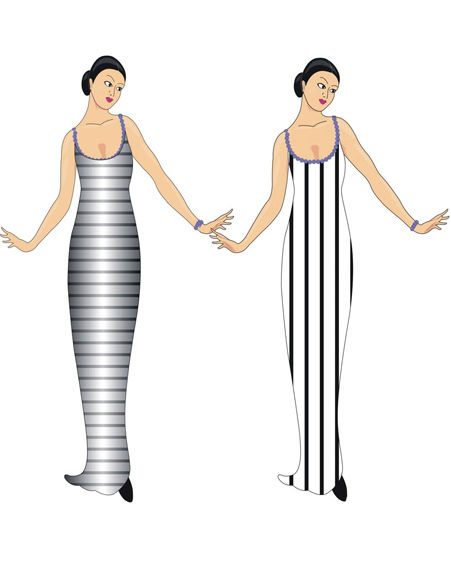 But I feel this is a very flawed study, as if you notice that the contrast of the horiztonal dress is lower, making it a less obvious pattern, and there is also a vertical ‘highlight’ detail up the centre of the ‘horizontal’ dress, giving it a vertical feel and also drawing your eye in to the centre of the dress, thus creating a slimming effect. 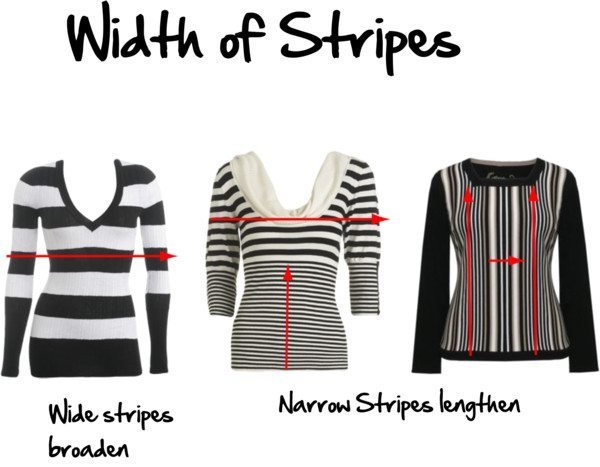 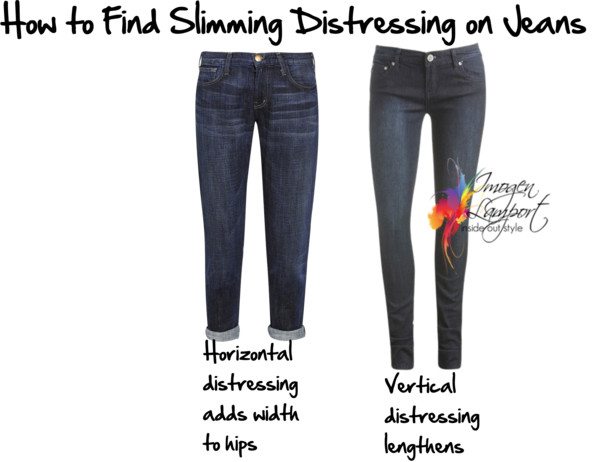 For example, horizontal distressing on jeans at the crotch widens the hips whist the vertical fading lengthens.

Also notice how the cuffing also adds a shortening and widening horizontal detail.