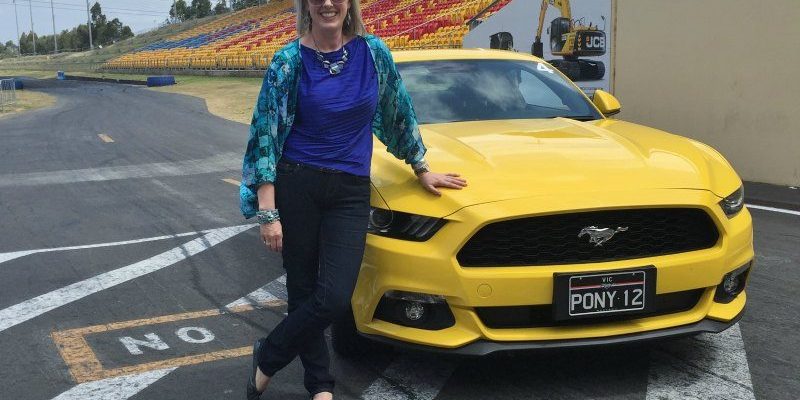 Last week I spent a day in Sydney at a dragway (yes, total glamour) learning how to become a more fuel efficient driver, as well discovering more about Ford Ecoboost technology, installed in many of their current fleet of cars including the Fiesta, Mondeo and Mustang (aka The Pony).

Learning all about how small changes in how you drive can have a huge impact on how much money you spend on driving (and the tips I picked up from the world champions of economical driving I’ll share with you in a moment), can also a good analogy to how the choices you make about your clothes and their impact on both your wallet and the environment. 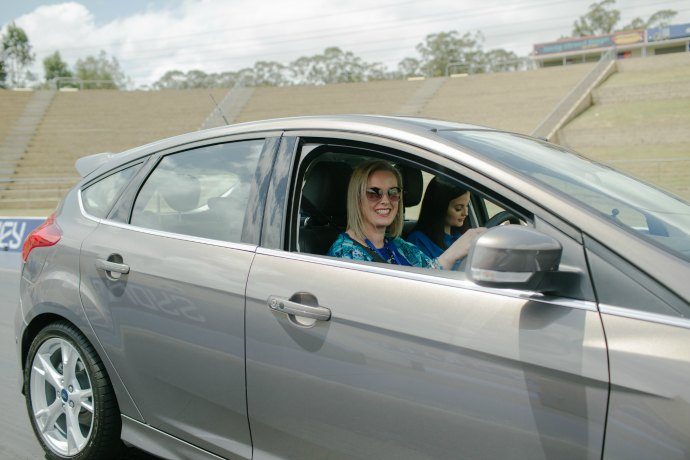 I’m all about making good, considered and conscious shopping choices so that you aren’t having too much of a negative environmental impact (which is the case with so much of the fast and disposable fashion). Instead, the more you know about what suits you, your body, your lifestyle, colours and personality, the better your choices are (which is what I teach you in my 7 Steps to Style program) so that you only buy what works for you, filling your wardrobe with clothes that you love, give you confidence and flatter you, avoiding those impulse purchases that languish in your wardrobe, or just end up as landfill.

What I found interesting about my day with Ford learning about their Ecoboost cars (which have smaller engines, so use less petrol, but still have the power of a bigger engine with their low-inertia turbocharger and if you want to read about the car techie stuff I’ll leave that up to the experts 😀 ), is just how driving a more fuel efficient car, and driving in a more fuel efficient way, has such a huge impact on the environment.

So, because I know that you’d rather spend your money on a really great garment or accessory, holiday or experience instead of petrol (gas), then here are 10 tips from the masters of fuel efficiency who are world record holders of fuel efficiency driving, John and Helen Taylor of Fuel Academy. 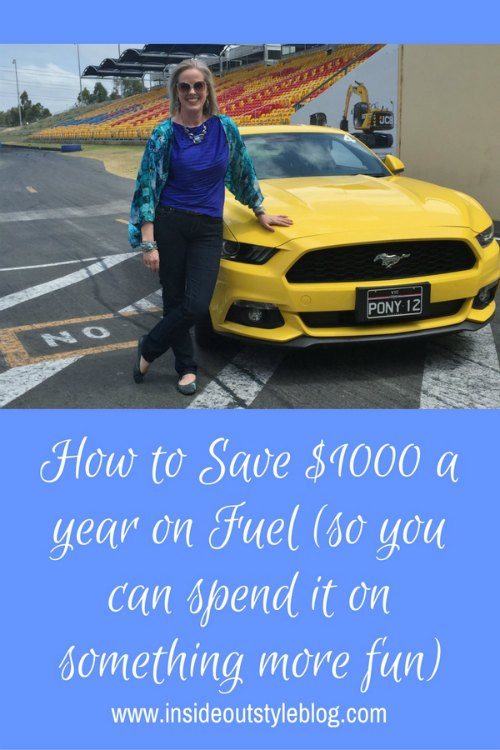 Now I’m no expert driver, but while we were there, one of the Ford team managed to drive a Ford Mustang Ecoboost 27.3km on 1 litre of petrol while we watched on. Now given that’s more than double the distance than advertised, when driving in a fuel efficent manner.

The Mustang was a fun car to drive…. 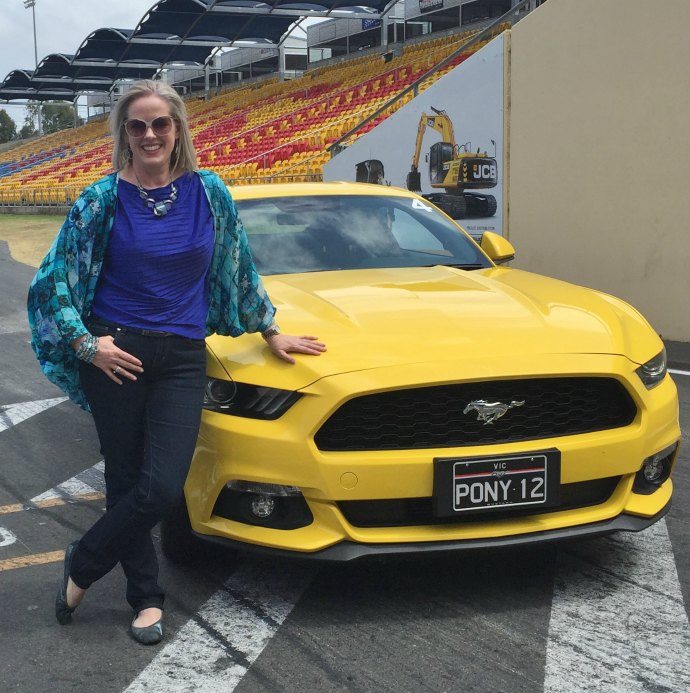 Many of us could easily save $1000 per year on fuel by using these driving tips (and if you’re planning on upgrading your car, do take fuel efficiency and environmental impact into the equation when making yoru choice) – and well, think about what else you could spend (or save) that money on that would be way more fun?

So I’ve challenged myself to see how much money I can save on petrol over the next year. As I collect and record all my petrol purchases each year as part of my business bookkeeping, I should easily be able to see just how much of a saving I can make in the next year as I drive more smoothly and efficiently. Are you up for the challenge?

I was flown to Sydney as a guest of Ford Australia to participate in this Ford Ecoboost Challenge.

Shopping for Ankle Boots for Autumn or Winter?
November 11, 2022