Fashion Trends In the Northern and Southern Hemispheres

Dear Imogen, Thank you SO much for your interesting blog. I enjoy receiving and reading it every day in my inbox.
I just want to ask you; how does the fashion trends move between the northern and southern hemispheres? (I am also south, living in Pretoria, South Africa). Is the summer trends for 2012 in the north (July, Aug), our’s for summer 2012(Dec, Jan..)?
Erika 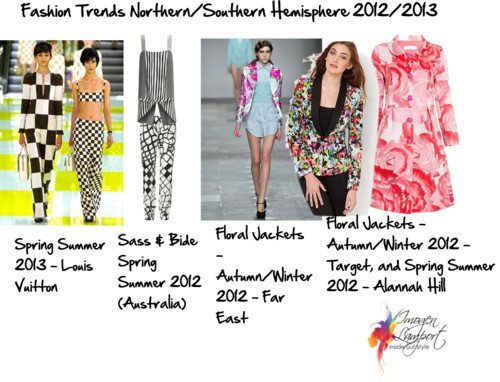 I have been thinking a lot about this topic recently and doing some research as I subscribe to some Northern Hemisphere magazines as well as those available in Australia so I can do a comparison with what they tell us are the upcoming trends.

Interestingly I’ve noticed recently that there is little difference between the seasons. In fact I am starting to think that the Southern Hemisphere is getting some of the trends before the Northern. As soon as the catwalk shows have happened, our suppliers go into immediate production of the trends that have been shown, now that the manufacturing turn around time is so quick, we’re seeing trends in stores rapidly.

There is definitely some cross-over too, particularly as Australia has a temperate climate so any trend that is not completely seasonal can be interpreted for either the Spring/Summer or Autumn/Winter fashion trends quite easily.

For example – in the picture above, the Spring Summer 2013 black and white trend shown by Louis Vuitton is similar in its feel to the current season Spring/Summer 2012 stock in one of our local retailers Sass and Bide.

For example, over this past Autumn/Winter 2012 in the Southern Hemisphere we’ve had the trends of:

As you can see in the picture on the left – top picture is from October 2012 Lucky magazine (US magazine) and the bottom one is from five months earlier – April 2012 Shop til You Drop magazine (Australian magazine) which shows looks for winter – chunky knits and leather/fur vests. 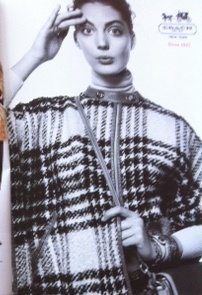 Then again in these same issues of these magazines:

So to answer your question, I’m not 100% sure. I think some trends are interpreted into our current season directly from the catwalk shows into the alternate Southern Hemisphere season (so we get them first) and others appear 6 months later after the Northern Hemisphere has had them.

As there are now so many retailers who are almost global, we find that we get the same garments in store (particularly if they’re not hugely seasonal) at the same time, both hemispheres.

What are your experiences with the fashion trends? Have you noticed if one hemisphere is markedly different from the other when you’ve been travelling or browsing on the internet?

How to Distinguish Between Fads, Trends and Classics in Fashion
September 1, 2020

7 Spring Fashion Trends and How to Wear Them to Look Fabulously Fashionable
March 11, 2020

5 Best Fashion Trends to Update Your Wardrobe this Autumn and Winter
June 6, 2019

Tips on Choosing the Right Pantone Spring 2018 Colours for You
February 2, 2018