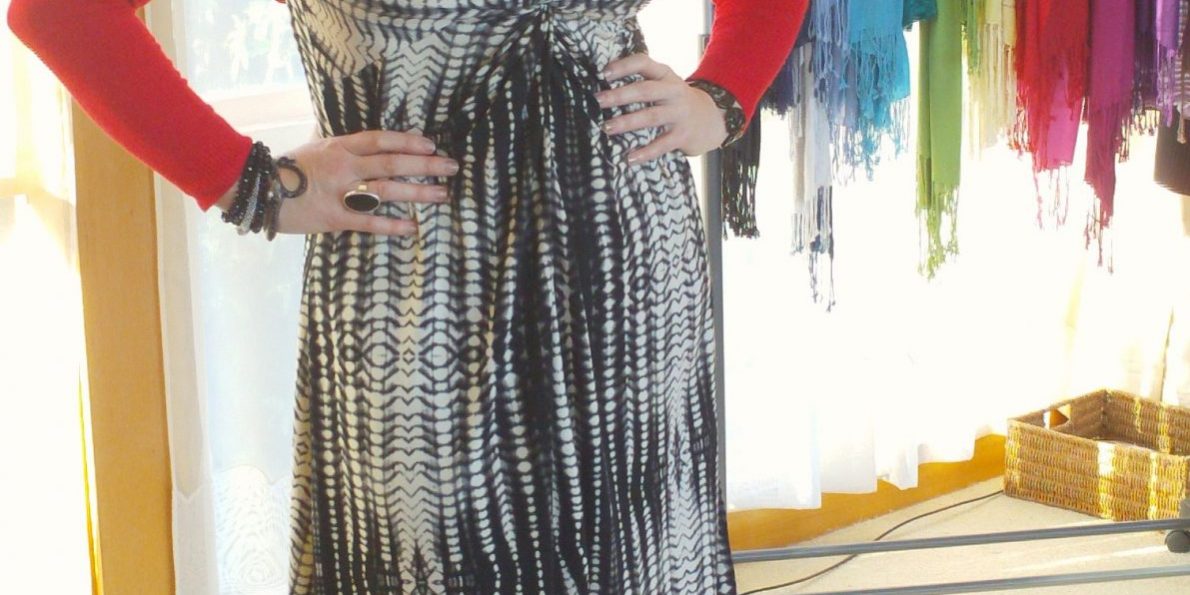 There are a plethora of style rules to follow and sure they’ll help you look fabulous and flatter you body and colouring. But doesn’t it sometimes get boring following rules. I wanted to show you in one outfit the rules I’ve followed and the one I’ve broken.

Today I wore a Verily Dress with a red shrug.  Notice how the red shrug jumps out of the photo?  It almost looks luminous because it’s a bright warm red, and my colouring is cool, so it stands off me and is really obvious.

Cleo insisted on being in the photos

So even though this red is not my most flattering red and draws attention to itself but given I’m not wearing it directly  under my face so it’s not reflecting an unflattering shade of red onto my face and as it’s only on my arms and shoulders it draws attention high up my body toward my face so I am getting away with it.

What are the rules that I’m following?   Well the dress has an empire line which is flattering for my H shaped figure.  Plus the pattern is mostly vertical through the body which also works for me.  And the colour of the dress is high contrast which works with my high contrast colouring. 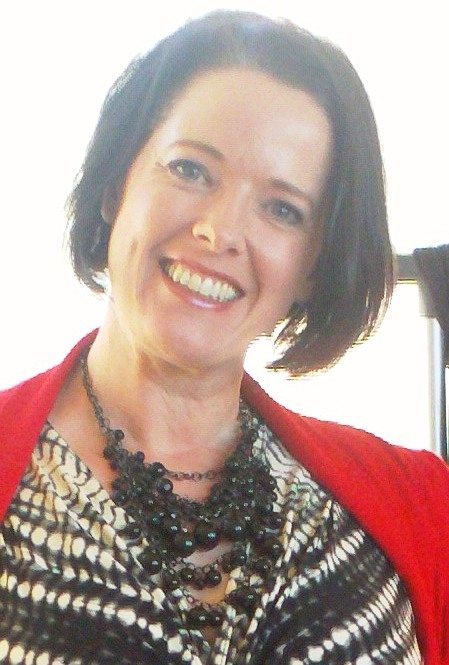 The jewellery I’ve chosen works with the colour and pattern of the dress.  The tie-dye pattern creates a small dotty style pattern and  the necklace I’m wearing is made up of multiple beads which are reminiscent of the pattern.

Then the bracelets, there are 3 black jet and then one silver which you can see is made up of lots of silver balls, and then the snake which has a snakeskin pattern engraved into it plus a line of the black jet which matches back with the other bracelets and they all are ‘bitty’ which works with the pattern in the dress fabric.

The ring is black and silver which also relates to the dress and the bracelets.

So on the whole I’ll follow most of the rules, but may break one at a time (cos I’m human!).

How to Adjust Your Wardrobe for Your New Grey?
November 26, 2020

How to Take the Extra Step to Complete and Upgrade Your Outfits
November 24, 2020

Your Colour and Style Questions Answered on Video: 38
November 20, 2020

Your Colour and Style Questions Answered on Video: 35
October 30, 2020