Women are Discriminated Against When Applying for "Masculine Jobs" 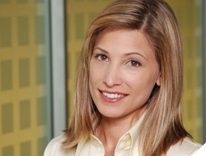 Stefanie Johnson
While many see no downside to being beautiful, a professor at the University of Colorado Denver Business School says attractive women face discrimination when it comes to landing certain kinds of jobs.

In a study released in the May/June Journal of Social Psychology, Stefanie Johnson, assistant professor of management at UC Denver Business School, found that beauty has an ugly side, at least for women.

Attractive women were discriminated against when applying for jobs considered “masculine” and for which appearance was not seen as important to the job. Such positions included jobs like manager of research and development, director of finance, mechanical engineer and construction supervisor.

“In these professions being attractive was highly detrimental to women,” said Johnson. “In every other kind of job, attractive women were preferred. This wasn’t the case with men which shows that there is still a double standard when it comes to gender.”

The study, co-authored by Robert Dipboye, professor of psychology at the University of Central Florida, Kenneth Podratz, an organizational development manager at UPS and Ellie Gibbons, research assistant at the University of Colorado Anschutz Medical Campus, found that attractive men suffered no similar discrimination and were always at an advantage.

According to Johnson, beautiful people still enjoy a significant edge. They tend to get higher salaries, better performance evaluations, higher levels of admission to college, better voter ratings when running for public office and more favorable judgments in trials.

A recent Newsweek survey of 202 hiring managers and 964 members of the public concluded that looks matter in every aspect of the workplace and they mattered more for women. When asked to rate nine character attributes on a scale of one to 10 with 10 being the most important, looks ranked third, above education and sense of humor, the magazine reported.

But in one narrow aspect of life, beauty can be a hindrance, something researchers have called the “beauty is beastly” effect.

“In two studies, we found that attractiveness is beneficial for men and women applying for most jobs, in terms of ratings of employment suitability,” according to the study. “However, attractiveness was more beneficial for women applying for feminine sex-typed jobs than masculine sex-typed jobs.”
In one experiment, participants were given a list of jobs and photos of applicants and told to sort them according to their suitability for the job. They had a stack of 55 male and 55 female photos.

In job categories like director of security, hardware salesperson, prison guard and tow truck driver, attractive women were overlooked. In each of these jobs appearance was perceived to be unimportant. Attractive women tended to be sorted into positions like receptionist or secretary.

“One could argue that, under certain conditions, physical appearance may be a legitimate basis for hiring,” Johnson said. “In jobs involving face-to-face client contact, such as sales, more physically attractive applicants could conceivably perform better than those who are less attractive. However it is important that if physical attractiveness is weighed equally for men and women to avoid discrimination against women.”

The study chided those who let stereotypes influence hiring decisions. Given the importance of hiring and the consequences of making a wrong choice, the authors said, managers need to rely more on information from the individual rather than on stereotypes about physical appearance.
See the article in the Denver Business Journal.
______

I’m interested to know, have you ever found that your looks enhanced or detracted from your ability to get a job or keep it?

Your Colour and Style Questions Answered on Video: 33
October 16, 2020

Your Colour and Style Questions Answered on Video: 31
October 2, 2020

Your Colour and Style Questions Answered on Video: 30
September 26, 2020