Enough Said – Movie Ticket Give Away 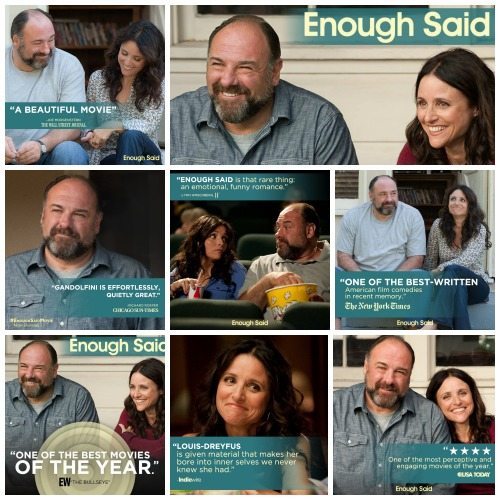 I’ve been lucky enough to be given 3 double passes to see the movie Enough Said  by 20th Century Fox that I want to share with you!

ENOUGH SAID is an acclaimed, moving and delightful comedy that hilariously explores the complications that come with falling in love the second time around.

and directed by Nicole Holofcener (Friends with Money).

Watch the trailer here about finding love the second time around.  And did you know:

For your chance to win – leave a comment here and tell me why you deserve a night at the movies.

Competition CLOSED  – winners have been notified by email!

Competition only open to Australian residents.