The Importance of Eyebrow Grooming + Win an Eyebrow Makeover 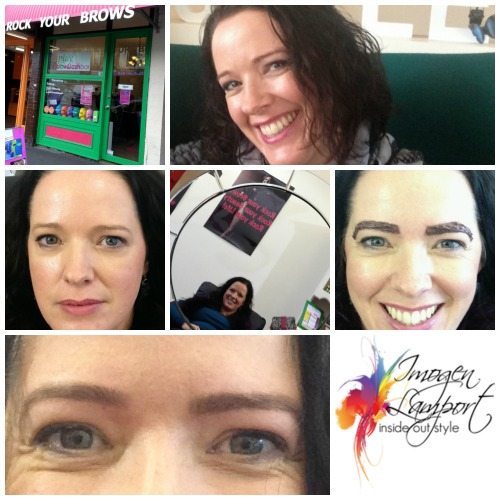 My first attempt at eyebrow grooming at around the age of 16 was a disaster. I kid you not. I tried tweezing, but after one hair decided it hurt, so I thought around the problem and decided instead to grab a razor and just trim my brows. Sadly, I trimmed a big hole into one of them. A really noticeable gap into my right eyebrow, just above my pupil. Disaster! At 16 the thought of admitting what I’d done was too much to bear. I’ve always been a problem solver so with a little more contemplation I decided that I’d grab my Dad’s wood glue and just cut a little of my head hair off each day and glue it to my eyebrow until it grew back. I’ll admit it wasn’t the most elegant solution to the problem!

Well it kind of worked, but I did spend a lot of time looking at people from left-side on, and I only had one person comment about what I’d done to my eyebrow …. nothing!!!!!

I left my eyebrows alone after unfortunate episode until I was 22, when I started doing some mild plucking to remove the hairs that were closing in on my eyes.

Eyebrows are the frame to your eyes. They draw attention. They can make your eyes look more open and lifted, or smaller and closed, depending on their grooming.

As far as eyebrow grooming methods go I’ve tried waxing (my least favourite option as it pulls the sensitive skin around they eyes), plucking is a great in between method to keep their shape and remove stray hairs and now threading (the traditional Indian method of hair removal).

I was invited to try threading at Play Brow & Lash Bar in Fitzroy. The lovely Mandy first tinted my eyebrows (they’ve always been lighter than my hair, now they’re officially darker…. but then I dye away those greys so they are still lighter).

Then she discussed the shape I was after. My eyebrows aren’t thick or heavy so she really just cleaned them and shaped them to look more even.

I also had her thread my top lip as I’ve noticed that I’m getting more of a mustache as I age.

Now you’re probably wondering if it’s painful? It’s no more painful than waxing, slightly more painful than plucking, but really not bad at all, and Mandy was kind enough to ask if I wanted a break at all whilst she was removing

Win an Eyebrow Makeover (and upper lip hair removal too if you need it) at Play Brow and Lash Bar (located in Fitzroy, Victoria, Australia).

For your chance to win leave a comment here and tell me about your worst brow grooming experience in 25 words or less.

Competition only open to Victorian residents (or those who can make it to Melbourne to have their brows groomed!)

Get your brows groomed at www.playbrowbar.com

Competition closes midnight on 4 August 2013. Winner will be notified by email.

Makeup For Glasses: Tips, Tricks and a Tutorial
October 4, 2021

5 Things You Must Consider to Choose a Flattering Hairstyle
August 19, 2021

Why I Decided to Embrace My Grey Hair and Become a Silver Foxette
April 29, 2021

How to Adjust Your Wardrobe for Your New Grey?
November 26, 2020